A variable resistance RL is connected to a DC source network as shown in the circuit diagram in figure A below and the figure B represents the Thevenin’s voltage VTH and Thevenin’s resistance RTH of the source network. The aim of the Maximum Power Transfer theorem is to determine the value of load resistance RL, such that it receives maximum power from the DC source. 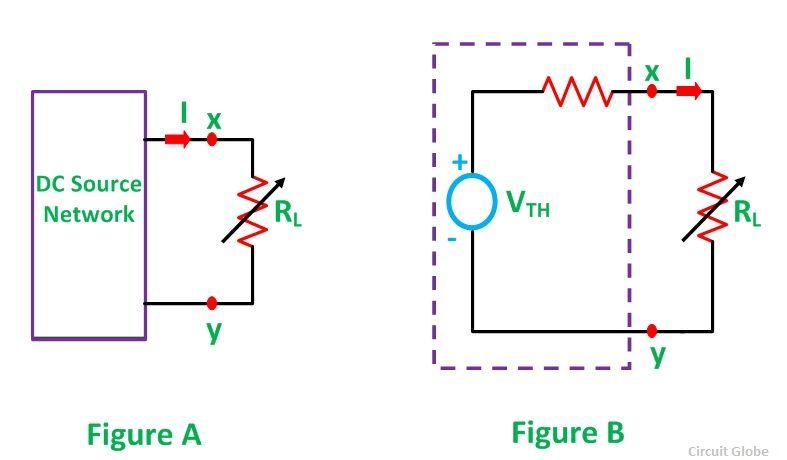 PL can be maximized by varying RL and hence, maximum power can be delivered when (dPL/dRL) = 0

Again, with RTH = RL, the system being perfectly matched to the load and the source, thus, the power transfer becomes maximum, and this amount of power Pmax can be obtained by the equation shown below

Thus, the total power supplied is given by the equation

In Electrical Power Transmission system, the load resistance being sufficiently greater than the source resistance, it is difficult to achieve the condition of maximum power transfer.

Step 1 – Remove the load resistance of the circuit.