An Electromotive Force or EMF is said to be induced when the flux linking with a conductor or coil changes. 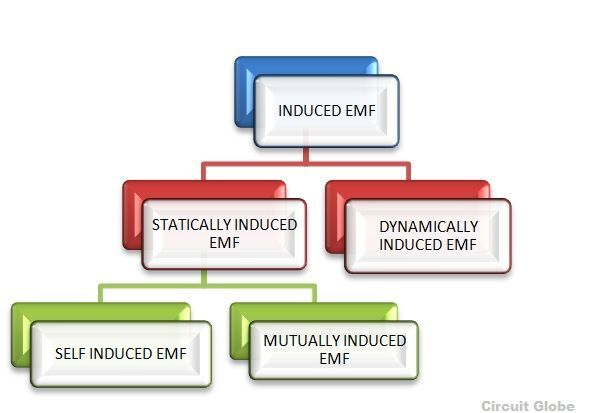 This change in flux can be obtained in two different ways; that is by statically or by dynamically induced emf. They are explained below

This type of EMF is generated by keeping the coil and the magnetic field system, stationary at the same time; that means the change in flux linking with the coil takes place without either moving the conductor (coil) or the field system.

It is further divided in two ways

This phenomenon takes place in electric generators and back emf of motors and also in transformers.