V curve is a plot of the stator current versus field current for different constant loads. The Graph plotted between the armature current Ia and field current If at no load the curve is obtained known as V Curve. Since the shape of these curves is similar to the letter “V”, thus they are called the V curve of a synchronous motor.

The V curves of a synchronous motor are shown below: 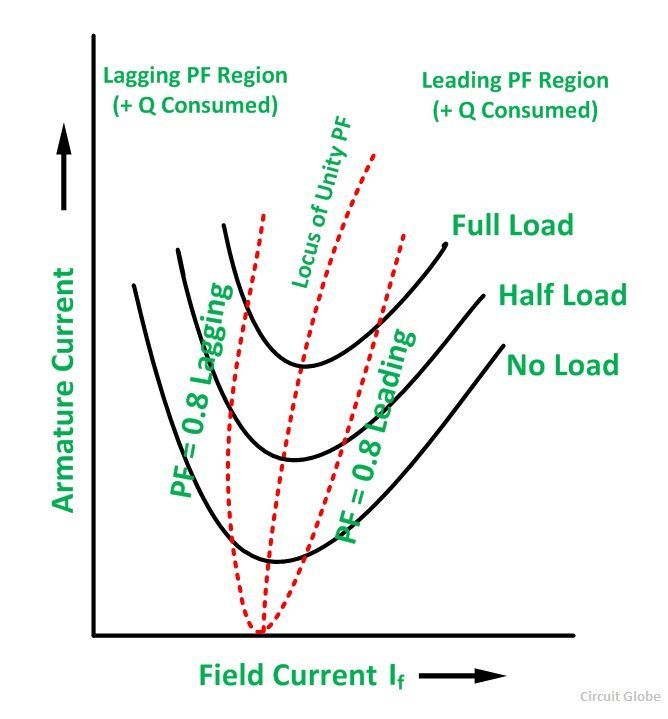 The point at which the unity power factor occurs is at the point where the armature current is minimum. The curve connecting the lowest points of all the V curves for various power levels is called the Unity Power Factor Compounding Curve. The compounding curves for 0.8 power factor lagging and 0.8 power factor leading are shown in the figure above by a red dotted line.

The figure below shows the graph between power factor and field current at the different loads. 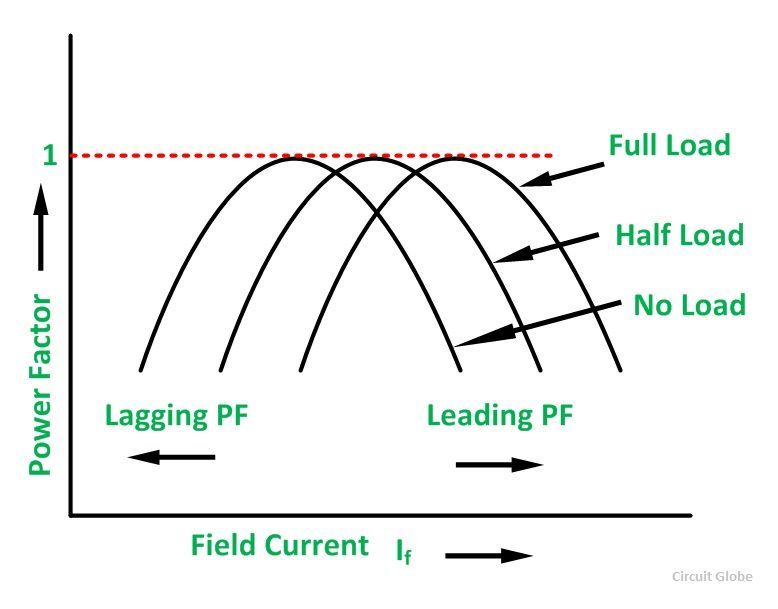 It is clear from the above figure that, if the synchronous motor at full load is operating at unity power factor, then removal of the shaft load causes the motor to operate at a leading power factor.

3 thoughts on “V Curve of a Synchronous Motor”