The Capability Curve of a Synchronous Generator defines a boundary within which the machine can operate safely. It is also known as Operating Charts or Capability Charts. The permissible region of operation is restricted to the following points given below: 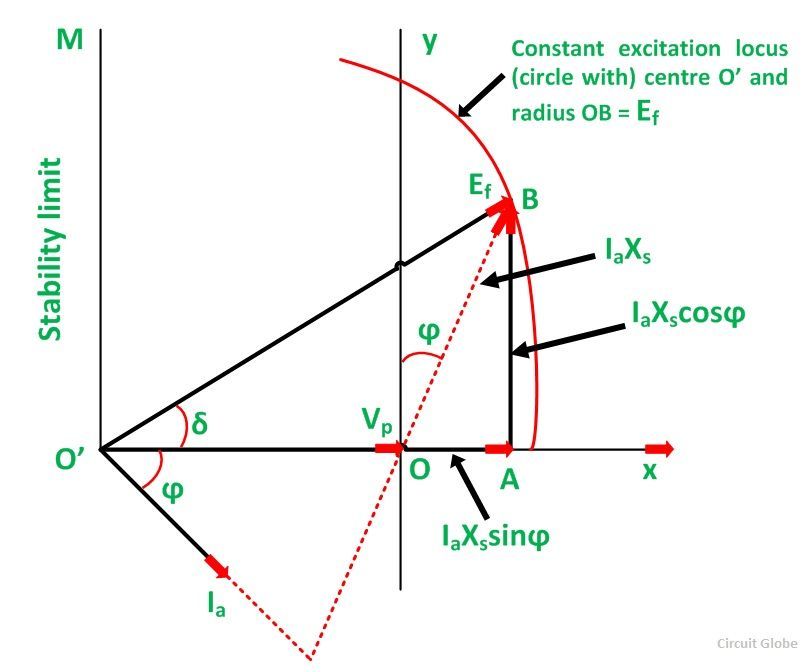 For simplicity, the armature resistance and saturation are assumed to be negligible. The machine is assumed to be connected to constant voltage busbars so that the voltage Vp is constant. The length O’O (= Vp) is fixed. The axes Ox and Oy are drawn with their origin O at the tip of Vp.

From the phasor diagram,

The real power output of the generator is given as:

The reactive power output of the generator is given as:

A typical capability curve for a cylindrical rotor generator is shown below: 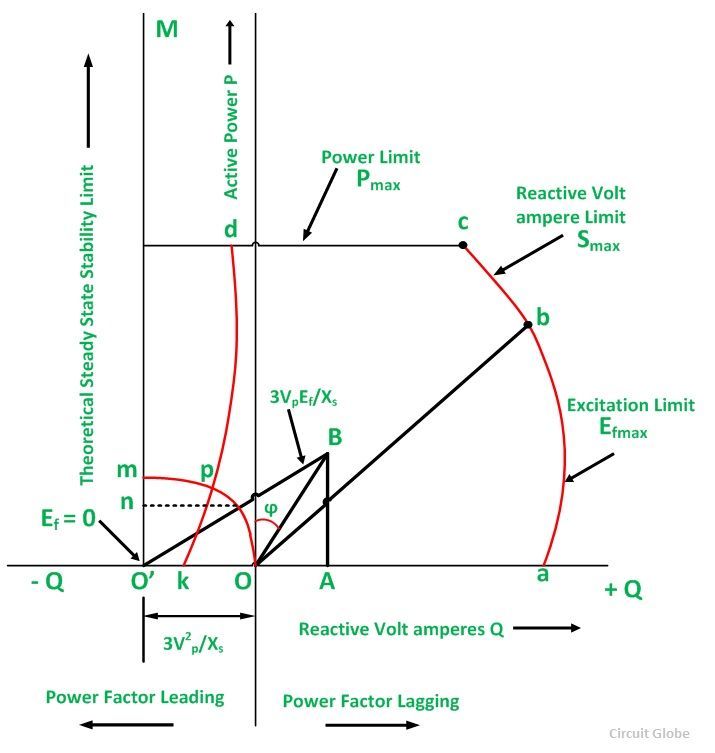 The curve is plotted on the S-plane, where P is the vertical axis and Q is the horizontal axis. For constant power Ia and volt-amperes S = VA, the locus is a circle with a center at O and radius OB (= 3 Vp Ia). Constant P operation lies on a line parallel to Q axis. The constant excitation locus is a circle with center O’ and radius O’B ( = 3 Vp Ef/Xs). Constant power factor lines are straight radial lines from O.

For excitation Ef equal to zero, the armature current is given as:

Consider the figure given below. 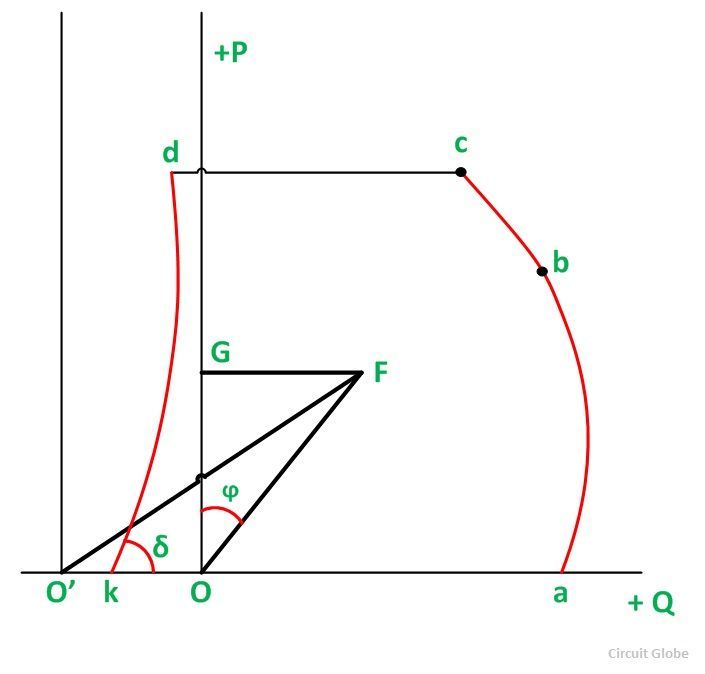 Here an operating point F is considered, and the following information is given:

This is all about capability curve.

4 thoughts on “Capability Curve of a Synchronous Generator”