The ungrounded three-phase system is shown in the figure below. The line conductors of the system have capacitance between one another and the earth. The former being delta connected and the next become star connected as shown in the figure below. The effect of the line capacitance on the ground is less as compared to the conductors. Therefore, they can neglects. 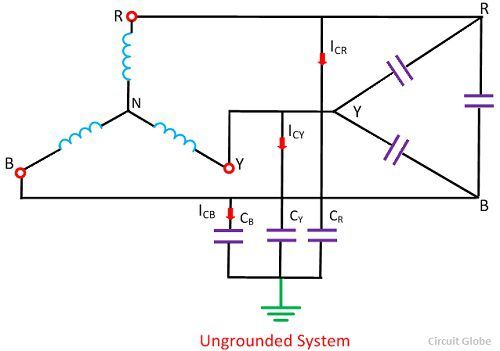 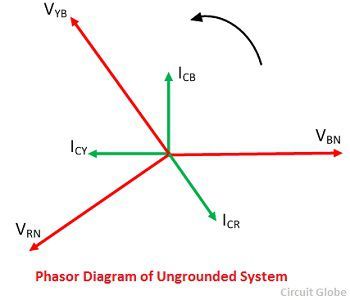 Ungrounded System with Fault on One Phase 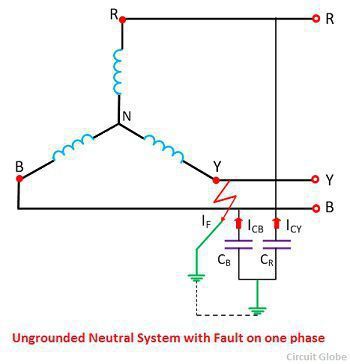 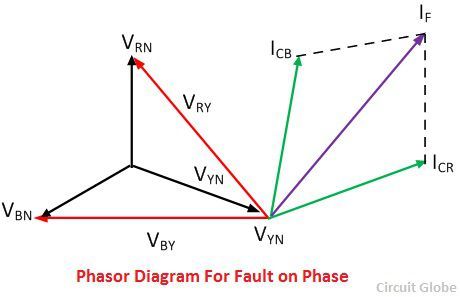 From the figures shown above the following points are concluded.

For the above mention reason, the ungrounded or isolated system is undesirable for the high voltage three phase system.