As we have already seen servo motor in the previous article. Here we will discuss the Two-Phase and Three Phase AC Servo motor. The stator of the Two-Phase AC Servo Motor has the two distributed windings which are displaced from each other by 90 degrees electrical. One winding is known as a Reference or Fixed Phase, which is supplied from a constant voltage source. The other one is known as Control Phase, and it is provided with a variable voltage.

The connection diagram of the two Phase AC Servo motor is shown below: 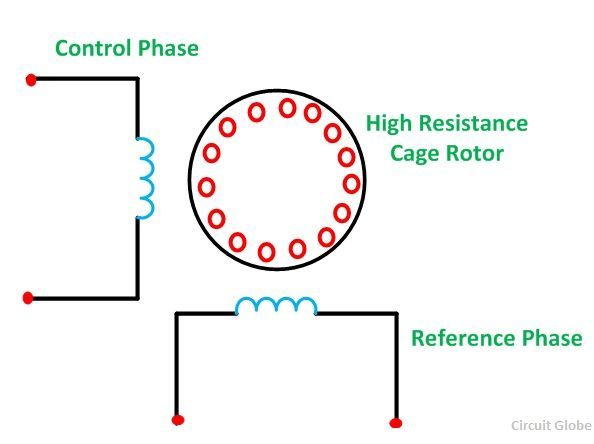 The torque-speed characteristic of the two-phase AC servomotor is shown in the figure below: 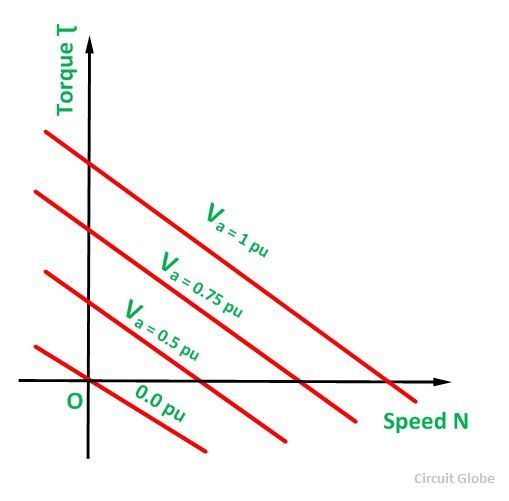 The negative slope represents a high rotor resistance and provides the motor with positive damping for better stability. The curve is linear for almost various control voltages. The response of the motor to a light control signal is improved by reducing the weight and inertia of the motor in a design known as the Drag Cup Servo motor as shown in the figure below. 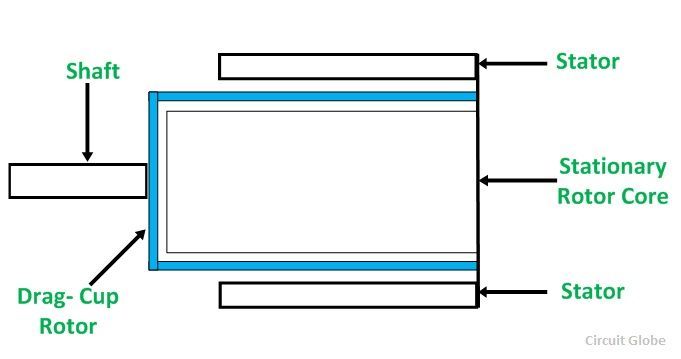 Three-phase induction motors with voltage control are used as servo motors for applications in the high power servo systems. A three-phase squirrel cage induction motor is a highly nonlinear coupled circuit device. It is used as a linear decoupled machine by using a control method known as a Vector Control or Field Oriented Control.

The current in this type of machine is controlled in such a way that the torque and flux are decoupled. The decoupling results in high speed and high torque response.