The chief advantages of the three winding transformers is an economy of construction and their great efficiency. The schematic diagram of a three-phase transformer is shown in the figure below. 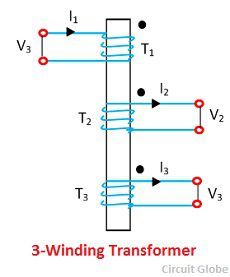 For an ideal transformer,

The equivalent circuit diagram of the three-phase transformer is shown in the figure. Consider the R1, R2 and R3 are the resistance and the X1, X2 and X3 are the impedance of their windings. 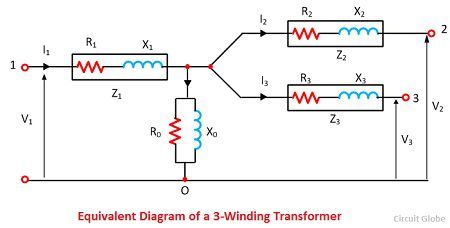 Determination of Parameters of Three-Windings Transformers

The parameters of the equivalent circuit can be determined from the open circuit and the three short-circuit tests.

The Z12 is the series combination of Z1 and Z2 respectively, 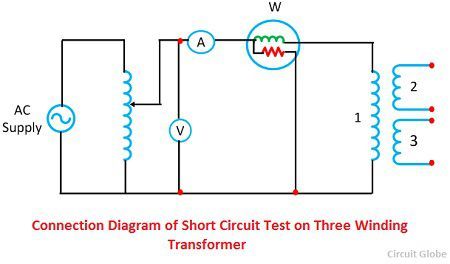 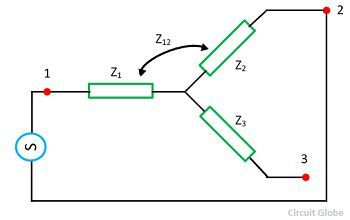 Since the high voltage side is opened the current drawn by the primary is no load current and I0 measured by the ammeter A. The magnetising impedance may be found by exciting current  winding 1 with both winding 2 and 3 be open circuit. Then we have,

The voltage regulation of a three-winding transformer is defined as the ratio of the magnitude of the actual kVA loading of the winding to the base kVA used in determining the network parameters.