Definition: Three-Phase Wattmeter is used for measuring the power of the three-phase circuit. In three-phase Wattmeter, the two separate Wattmeter are mounted together in the single unit. Their moving coils are placed on the same spindle.

Let understand this with the help of the mathematical expressions.

The total torque develops in the coil is expressed as 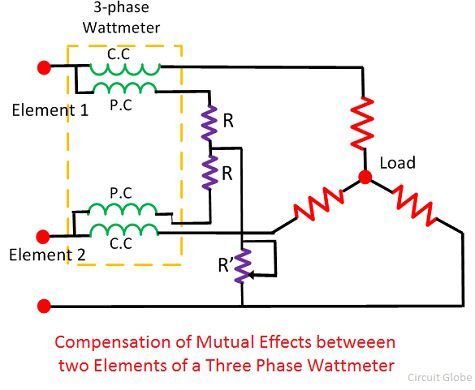 The mutual effect can compensate by using the Weston method. In Weston method, the adjustable resistors are used. This resistor compensates the mutual interference that occurs between the elements of three phase wattmeter.