The thermocouple consists two wires of different metals which are welded together at the ends. The welded portion was creating the junction where the temperature is used to be measured. The variation in temperature of the wire induces the voltages.

The working principle of the thermocouple depends on the three effects.

See back Effect – The See back effect occurs between two different metals. When the heat provides to any one of the metal, the electrons start flowing from hot metal to cold metal. Thus, direct current induces in the circuit. 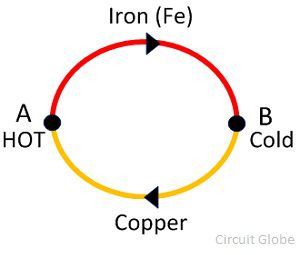 In short, it is a phenomenon in which the temperature difference between the two different metals induces the potential differences between them. The See beck effect produces small voltages for per Kelvin of temperature.

Thompson Effect – The Thompson effect state that when two dissimilar metals join together and if they create two junctions then the voltage induces the entire length of the conductor because of the temperature gradient. The temperature gradient is a physical term which shows the direction and rate of change of temperature at a particular location.

The thermocouple consists two dissimilar metals. These metals are welded together at the junction point. This junction considers as the measuring point. The junction point categorises into three types. 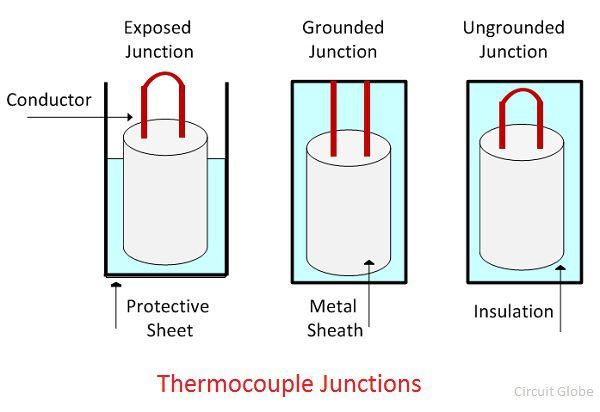 The material uses for making the thermocouple depends on the measuring range of temperature.

The circuit of the thermocouple is shown in the figure below. The circuit consists two dissimilar metals. These metals are joined together in such a manner that they are creating two junctions. The metals are bounded to the junction through welding. 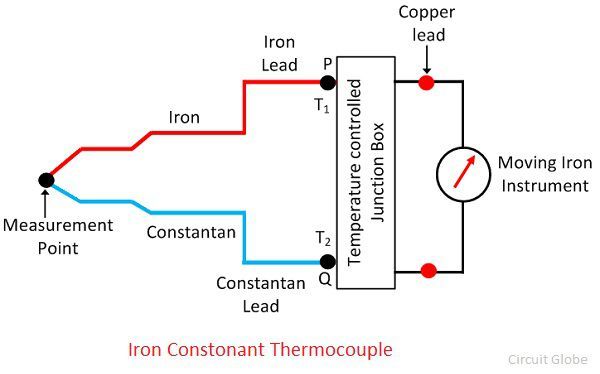 The output EMF obtained from the thermocouples can be measured through the following methods.

The following are the advantages of the thermocouples.

Disadvantages of the Thermocouples