Slip Energy Recovery is one of the methods of controlling the speed of an Induction motor. This method is also known as Static Scherbius Drive. In the rotor resistance control method, the slip power in the rotor circuit is wasted as I2R losses during the low-speed operation. The efficiency is also reduced. The slip power from the rotor circuit can be recovered and fed back to the AC source so as to utilize it outside the motor. Thus, the overall efficiency of the drive system can be increased.

The figure below shows the connection and method for recovering the slip energy and power recovery of an Induction Motor. 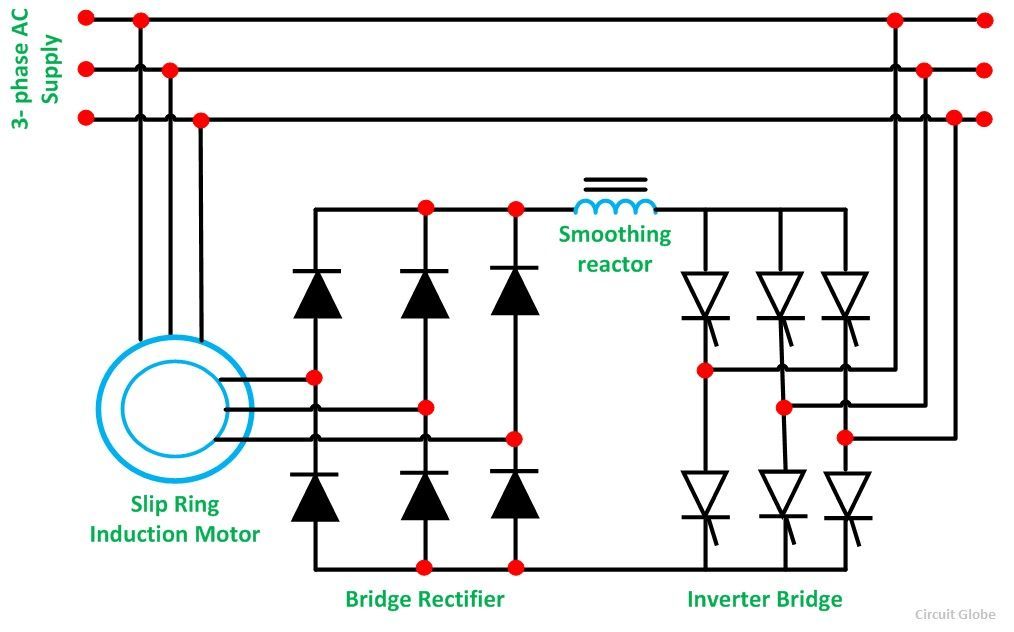 The basic principle of slip power recovery is to connect an external source of the EMF of the slip frequency of the rotor circuit. The slip energy recovery method provides the speed control of a slip ring induction motor below its synchronous speed. A portion of rotor AC power (slip power) is converted into DC by a diode bridge.

This method of speed control is used in large power applications where the variation of speed over a wide range involves a large amount of slip power.

1 thought on “Slip Energy Recovery of an Induction Motor”