The tachometer consists the opaque disc which is mounted on the shaft whose speed needs to be measured. The disc consists the equivalent holes around the periphery. The light source is placed on one side of the disc and the light sensor on the other side. They are in line with each other. 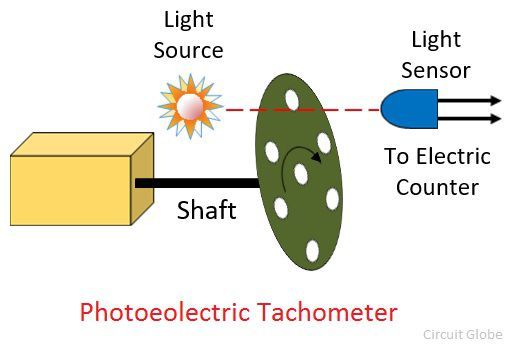 When the opaque portion comes in the line of light source and sensor, then the disc blocked the light source, and the output becomes zero. The production of pulses depends on the following factor.

The holes are fixed, and hence the pulse generation depends on the speed of the rotation of the disc. The electronic counter is used for measuring the pulse rate.

The total number of pulses generated at one revolution is also used for minimizing the error.