For circuit calculations, the magnitude and phase angle of current and voltage is taken into consideration.

The magnitudes and phase angle voltages and currents are taken into consideration while solving the circuit. There are mainly three methods of solving the parallel AC circuits. They are as follows:

The method which yields quick result is applied. In this article, the Phasor Method is explained in detail. 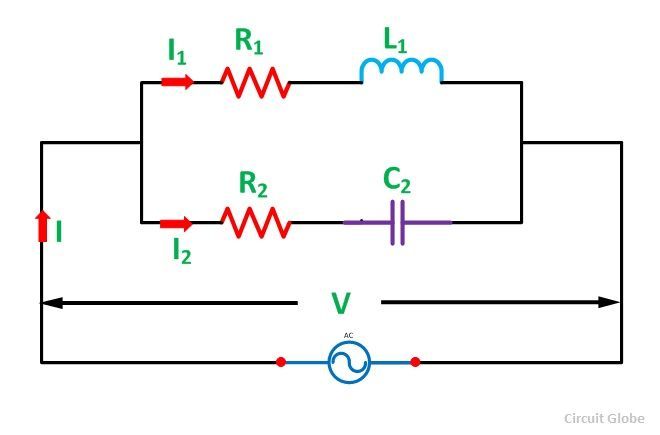 Step 1 – Draw the circuit diagram as per the given problem. As we are considering the above circuit as an example.

Step 2 – Find the impedance of each branch of the circuit separately, i.e.

Step 3 – Determine the magnitude of current and phase angle with the voltage in each branch.

ϕ1 is lagging this means it is for inductive load and ϕ2 leading as it is for the capacitive load. 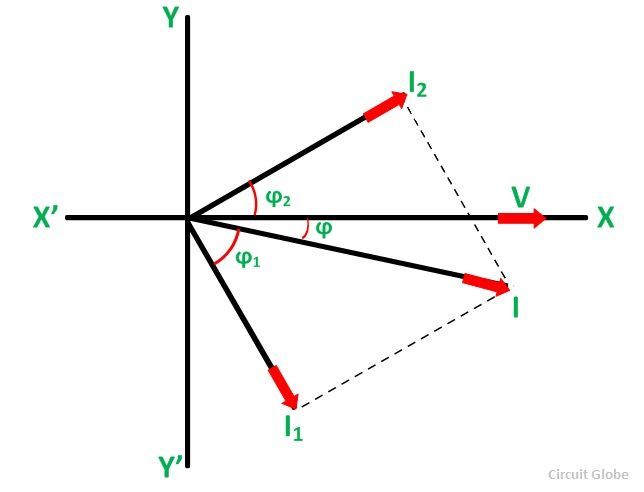 Step 5 – Now, find the phasor sum of the branch currents by the methods of components.

And therefore, current I will be

Step 6 – Find the phase angle ϕ between the total current I and the circuit voltage V.

Here angle ϕ will be lagging as Iyy is negative

The power factor of the circuit will be Cosϕ or

This is all about the phasor method of solving parallel circuits.