Definition: An Optical Network is basically a communication network used for the exchange of information through an optical fiber cable between one end to another. It is one of the quickest networks used for data communication.

As we already know that data signal through an optical fiber is transmitted in the form of light pulses. So, optical networks are used in order to have optical signal transmission.

Now, the question arises that what is the need for the optical network when we have other communicating networks.

So, the answer to this question basically relies on the ease of transmitting the signal in the form of light pulses. Today’s internet era is based on fiber cable and only the optical signals can be transmitted through these cables. Thus, the need for optical network emerges.

As we know that transmission through fiber cable is an easier task due to the low production cost of the cable. Along with that, a fiber cable permits large data carrying capacity and longer distance transmission than other cables.
Thus, we use fiber cables and hence, the optical network is an important aspect of the communication system.

An optical network is basically composed of the following elements: 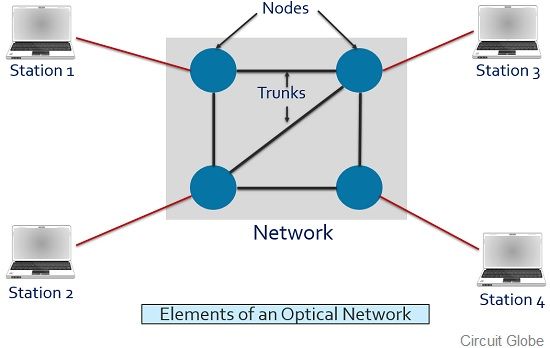 As we have already discussed in the previous section that topology is the arrangement of multiple optical fiber transmission lines in an optical network. So, let us now move forward to understand the various topology configurations:

Bus Topology: In a bus topology, the various nodes are connected through a single trunk line with the help of optical couplers. This allows a convenient as well as a cost-effective method to transmit the signal. However, in a bus topology, it is difficult to determine the faulted node as well as it also takes time to restore the transmitted signal from that particular node. 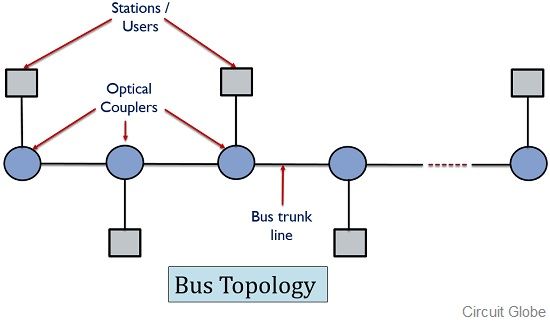 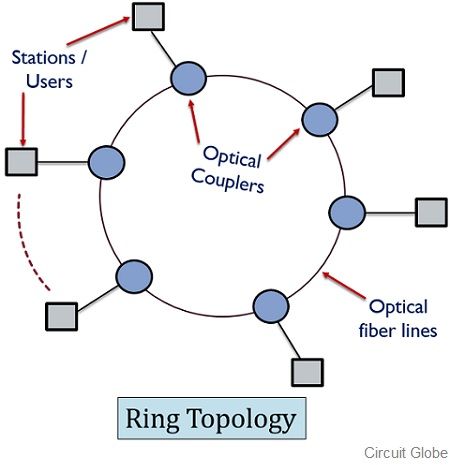 Star Topology: In star connection, the various nodes of the network are connected together with a single central hub. This central hub can be active or passive network. This central hub then controls and directs the transmitted optical signal inside the optical network. 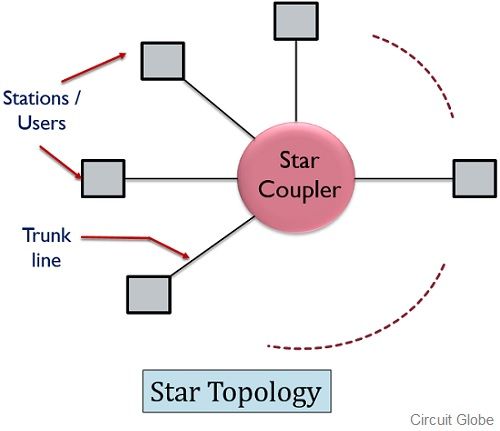 Mesh Topology: In a mesh topology, an arbitrary connection is formed between the nodes in the network. This point to point connection can be changed according to the application. This shows the flexible nature of star topology as in case of failure of one node, others can be used for signal transmission. 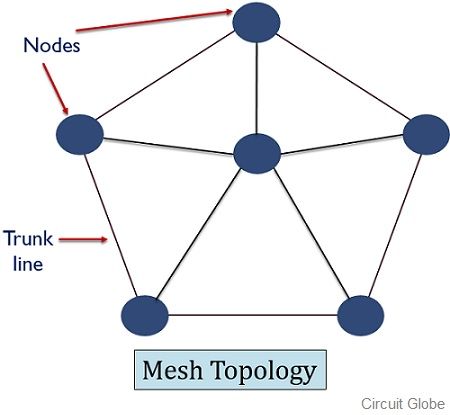 Basically, in mesh connection, failure of any link or node is generated then firstly that particular failure is detected and then the signal traffic is diverted from failed node to another link inside the connection.

The categories of optical network are based on the area that connects the user of the network. These are classified as:

Using an optical networking system is highly advantageous. The advantages are as follows:

So, we can say an optical network provides better signal transmission capability to longer distances thus is widely used nowadays.