Let us understand this method with the help of the equations. 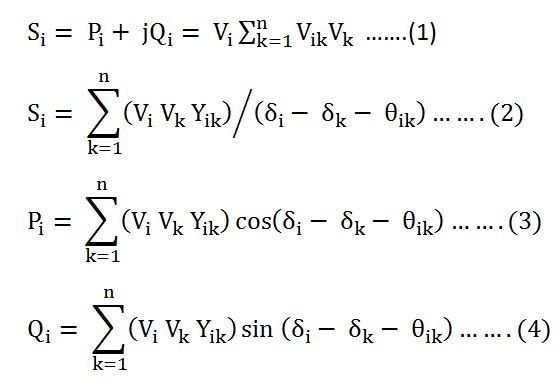 The above equation (3) and (4) can also be written as shown below.

Where, the subscripts sp and cal denote the specified and calculated values, respectively, then the equation (7) can be written as shown below.

The off diagonal and diagonal elements of the sub matrices H, N, M and L are determined by differentiating equation (3) and (4) with respect to δ and |V|.

The computational procedure for Newton Raphson Method using polar coordinate is given below.

Where, ε denotes the tolerance level for load buses.

The various advantages of Newton Raphson Method are as follows:-

The various limitations are given below.

The flowchart is drawn below for Newton Raphson Method using polar coordinates for load flow solutions. 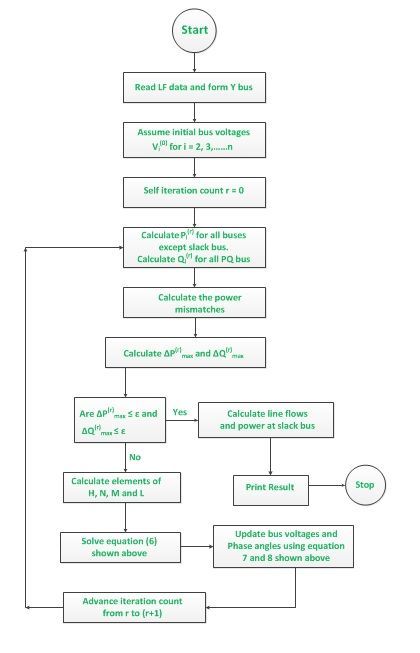