A Logic Gates is an electronic circuit which performs the particular logic operation.They are also known as the building block of the digital electronics circuits. It is a combination of various (one or more than one) input and output. They are built up by various integrated circuits. 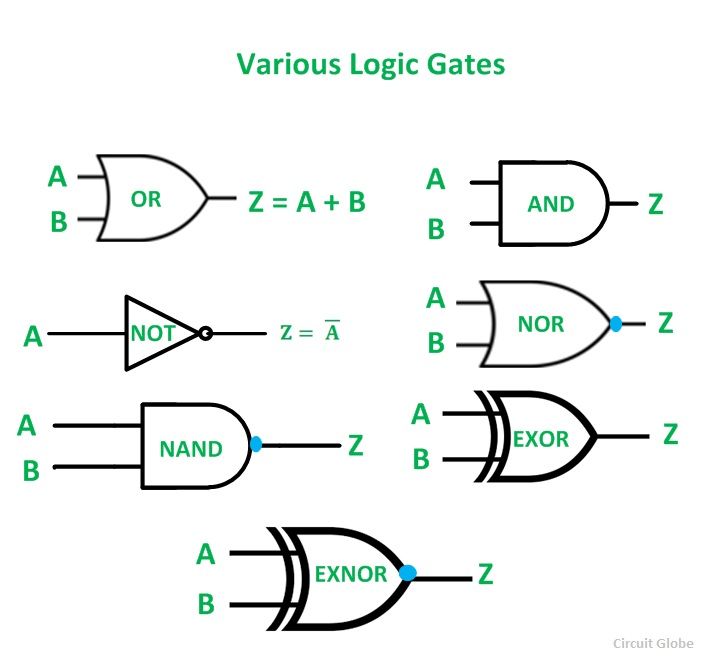 There are mainly seven types of logic gates. They are as follows:-

The links are provided above for detailed study of individual gates.