The NOT gate is a single input single output gate. This gate is also known as Inverter because it performs the inversion of the applied binary signal, i.e., it converts 0 into 1 or 1 into 0.

In other words, the gate which has a high input signal only when their input signal is low such type of gate is known as the not gate. The logic symbol for the gate is shown below:

The symbol of the not gate is a triangle with a bubble on its end. This bubble is known as the inversion bubble. It gives the complement of the input signal. It is also known as decision-making devices because it has only one input. The switching circuit diagram of the NOT gate is shown below: 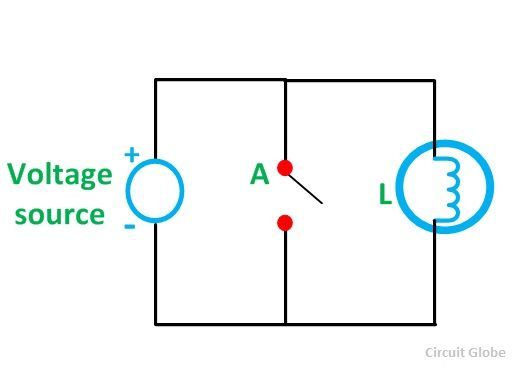 The switching circuit illustrates that the lamp will glow when switch A is open and will go off when the switch A is closed.

The truth table of the gate is given below:


This is all about NOT gate.