Definition: The device which is used for the protection of the equipment at the substations against travelling waves, such type of device is called lightning arrester or surge diverter. In other words, lightning arrester diverts the abnormals high voltage to the ground without affecting the continuity of supply. It is connected between the line and earth, i.e., in parallel with the equipment to be protected at the substation.

The following are the damages that are caused by the travelling wave on the substation equipment.

When a travelling wave reaches the arrestor, its sparks over at a certain prefixed voltage as shown in the figure below. The arrestor provides a conducting path to the waves of relatively low impedance between the line and the ground. The surge impedance of the line restricts the amplitude of current flowing to ground.

The lightning arrester provides a path of low impedance only when the travelling surge reaches the surge diverter, neither before it nor after it. The insulation of the equipment can be protected if the shape of the voltage and current at the diverter terminal is similar to the shape shown below. 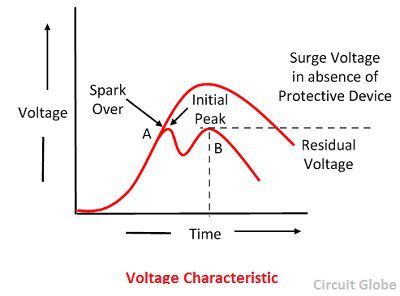 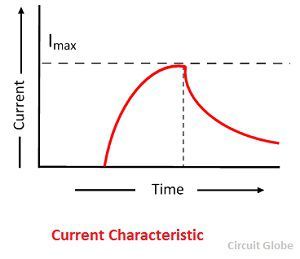 An ideal lightning arrester should have the following characteristics;