Hopkinson’s Test is also known as Regenerative Test, Back to Back and Heat Run Test. In Hopkinson Test, two identical shunt machines are required which are coupled both mechanically and electrically in parallel. One is acting as a motor and another one as a generator. The input to the motor is given by the supply mains.

When both the machines are running on the full load, the supply input is equal to the total losses of the machines. Hence, the power input from the supply is very small.

The circuit diagram of the Hopkinson’s Test is shown in the figure below: 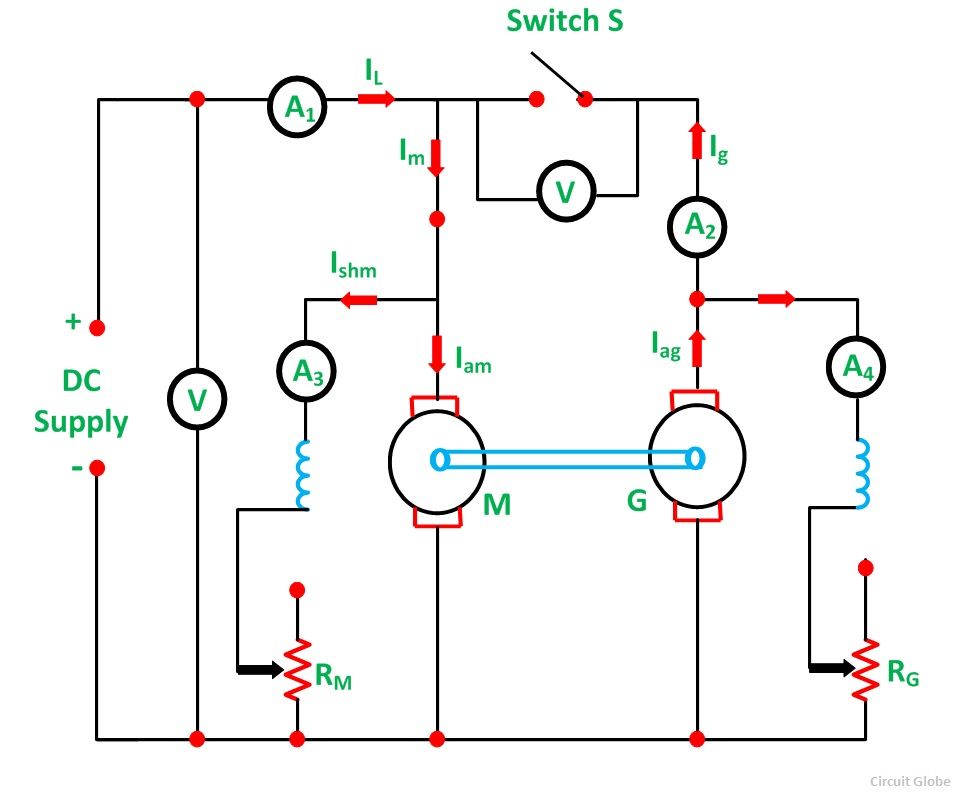 Supply is given and with the help of a starter, the machine M starts and work as a motor. The switch S is kept open. The field current of M is adjusted with the help of rheostat field RM, which enables the motor to run at rated speed. Machine G acts as a generator.

Since the generator is mechanically coupled to the motor, it runs at the rated speed of the motor.

When the voltage of the generator is equal and of the same polarity as that of the busbar supply voltage, the main switch S is closed, and the generator is connected to the busbars. Thus, both the machines are now in parallel across the supply. 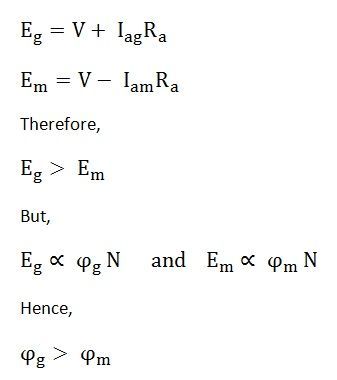 Since the field flux is directly proportional to the field current.

Thus, the excitation of the generator shall always be greater than that of the motor.

Calculation of the Efficiency of the Machine by Hopkinson’s Test

The constant losses Pc like iron, friction and windage losses are assumed to be equal and is written as given below.

Assuming that the constant losses known as stray losses are divided equally between the two machines.

Efficiency of the Generator

The efficiency of the generator is given by the equation shown below:

Efficiency of the Motor

The Efficiency of the motor is given by the equation shown below:

The main advantages of using Hopkinson’s test are as follows:

The main disadvantage of this method is the necessity of two practically identical machines for performing the Hopkinson’s test. Hence, this test is suitable for large DC machines.