A 3 phase winding carrying a sinusoidal current produces space harmonics of the order h = 6k ± 1, where k is a positive integer (1, 2, 3…..). The synchronous speed of the hth harmonic is (1/h) times the speed of the fundamental wave. Space harmonic waves rotate in the same direction as the fundamental wave, if h = 6k + 1 and if h = 6k – 1 then it rotates in the opposite direction.

The speed-torque characteristics of the fundamental flux and the fifth and seventh space harmonic flux are shown below: 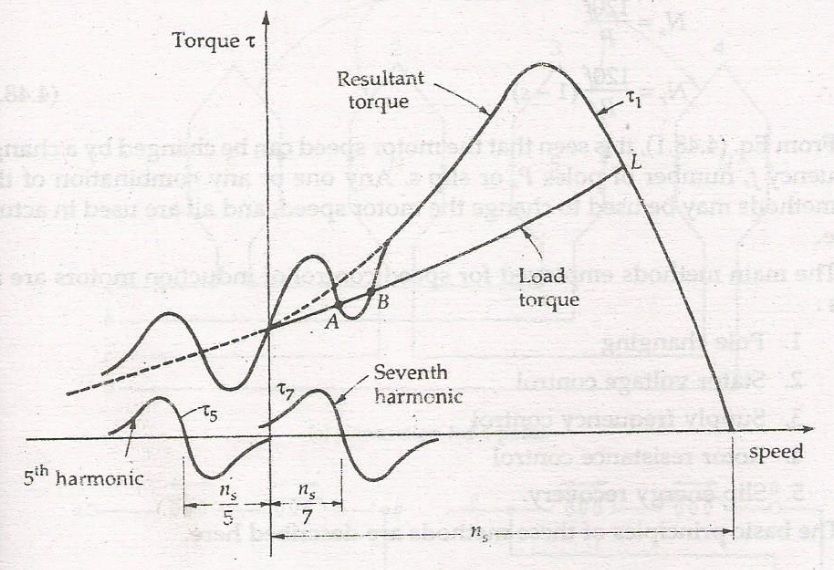 The motor will accelerate to point L, which is the interaction between the load torque characteristic and the motor torque-speed curve. This motor torque is developed because of the fundamental flux alone. The load torque curve intersects the motor torque-speed characteristics at point A, this is because of the presence of the seventh harmonics flux torque. The seventh harmonic flux torque curve has a negative slope at point A.

Crawling can be reduced by reducing fifth and seventh harmonics. This can be done by using a chorded or short pitched winding.

5 thoughts on “Harmonics in an Induction Motor”