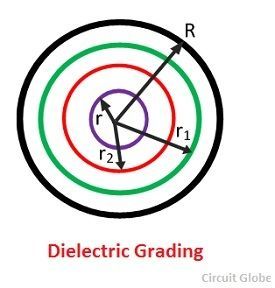 The dielectric stress is given by the equation

Let us considered a cable having three dielectrics of relative permittivity ε1, ε2, and ε3, such that ε1< ε2< ε3. Let r1, r2 and R be the outer radii of the dielectric.

The potential difference across the inner layer is 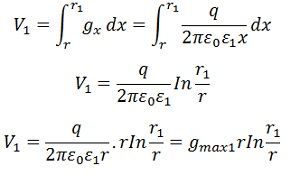 Similarly the potential difference between r1 and r2 i.e., across the middle layer

and the potential difference between r2 and R i.e., across the outer layer

The total potential difference between core and earthed sheath

The capacitance of the cable

The maximum stress is given by

The total voltage applied across the cable

gmax represent the peak value of electrical stress, and all the voltages are represented in peak values, not in RMS value. 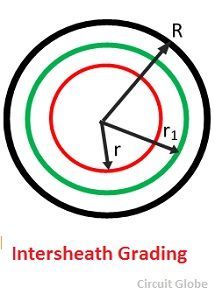 Consider a cable with one intersheath only as shown in the figure below.

The maximum potential gradient in the second layer

If the two potential gradients are equal

For economical size of the cable 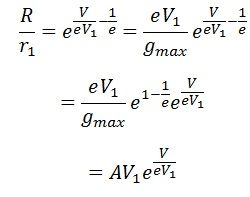 For minimum value of R 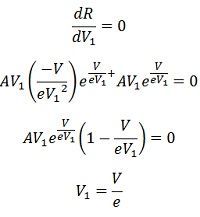 From the above equation, we get, 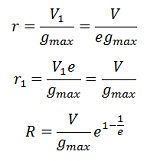 The main disadvantage of the capacitance grading is that the range of permittivity value of insulating material available for cable insulation is limited. The permittivity of the layers may not remain constant thereby change the stress distribution and cause the insulation break down at normal operating condition.

In Intershaeth grading, the intersheath layers are very thin and are liable to be damaged during transportation or installation. Also, thin intersheath are not able to carry the damage charging current of long cable line and thus the current-carrying capacity of the cable is reduced. For these reasons the present trends is to avoid grading