In the previous topic, we learn about the HVDC transmission, which is economical for long distance power transmission, and for the interconnection of two or more networks that has different frequencies or voltages. For connecting two networks or system, various types of HVDC links are used. HVDC links are classified into three types. These links are explained below;

Monopolar link – It has a single conductor of negative polarity and uses earth or sea for the return path of current. Sometimes the metallic return is also used. In the Monopolar link, two converters are placed at the end of each pole. Earthing of poles is done by earth electrodes placed about 15 to 55 km away from the respective terminal stations. But this link has several disadvantages because it uses earth as a return path. The monopolar link is not much in use nowadays.

The most significant advantage of the bipolar link is that if any of their links stop operating, the link is converted into Monopolar mode because of the ground return system. The half of the system continues supplies the power. Such types of links are commonly used in the HVDC systems. 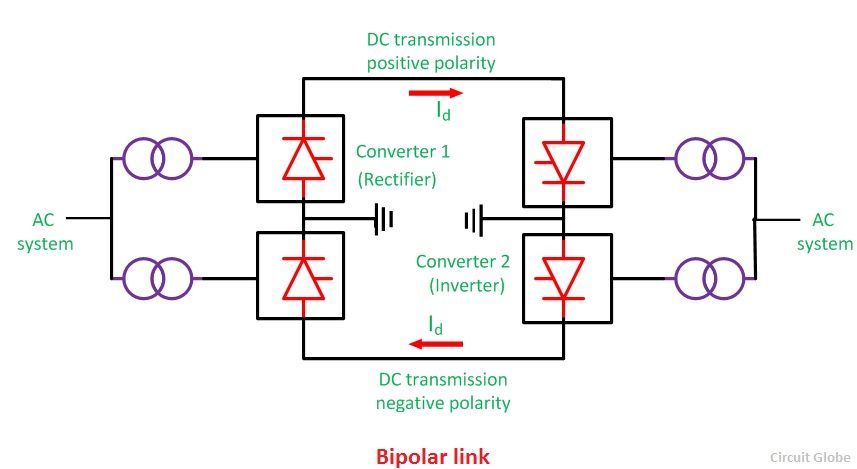 Homopolar link– It has two conductors of the same polarity usually negative polarity, and always operates with earth or metallic return. In the homopolar link, poles are operated in parallel, which reduces the insulation cost. 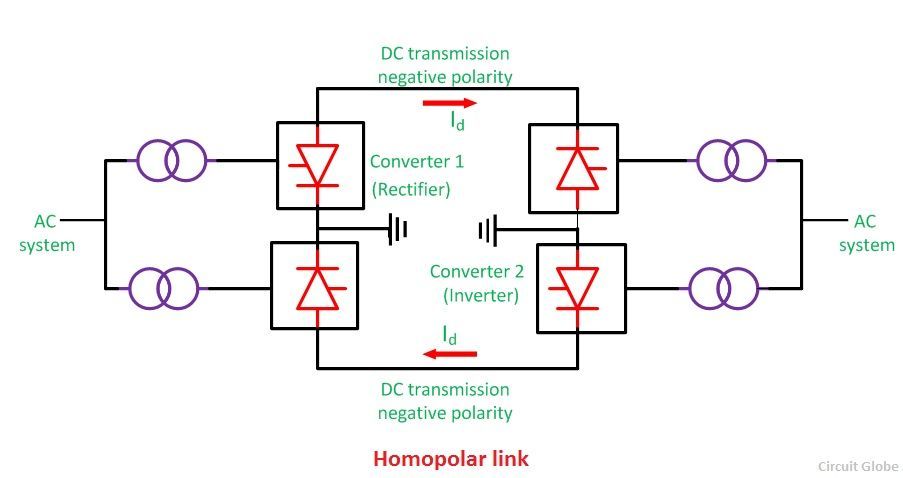 The homopolar system is not used presently.