The major difference between the CFL and LED is that in CFL the emission of light is because of the ionisation of mercury vapour. The mercury vapour when ionise produces ultraviolet rays. These rays when collides with phosphorous coating tube generates visible light.

Whereas in the LED it is because of the PN junction diode. When the forward current applies across the diode, the recombination of the charge carrier takes place. This charge carrier gives energy in the form of the heat and light. The other differences between CFL and LED light bulbs are represented below in the comparison chart.

The CFL and LED both are the sources of visible light. The CFL uses mercury vapour which is dangerous for the environment and living beings. Also, it requires additional components like ballast, tungsten tube coated with barium, etc., which increases their cost.

The CFL work on the principle of ionisation of vapours.The process of ionisation converts most of the visible energy in the form of heat. This heat increased the power consumption of the bulb and reduced their working duration.

The destruction of the LED is easier than the CFL because LED does not have any harmful metal which pollutes the environment. The LED uses semiconductor chip which is easily recycled by doping impurities in it.

The brightness of LED is more as compared to CFL because LED emits light only in one direction. Most of the energy generated by the diode is converted into visible light. The heat emission is very less in LED which reduces their power consumption and increases their efficiency. 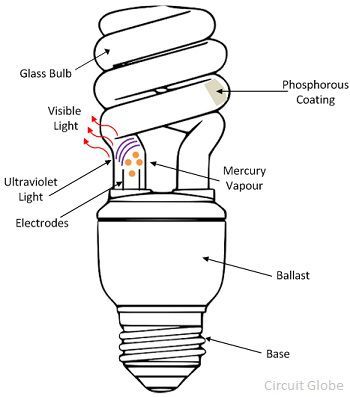 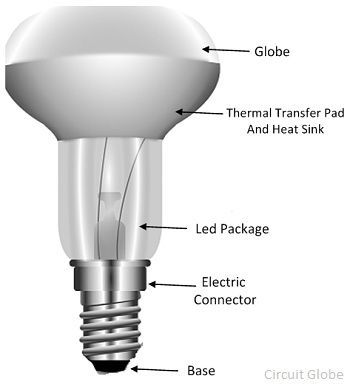 The LED has various advantages as compared to incandescent and fluorescent lamp. Like it consumes less power and has a long life. Also, it does not contain any harmful gases which affect the environment. The LED produces more Lumens for the same watt as that of the other lamp. The destruction of LED can easily be done because it is free from the toxic substance. The frequently switching also didn’t affect their life span.

The LED is better than the CFL in every aspect. The LED saves up to 80 percent of the electricity bill even though their cost is very less. It is recyclable, and their brightness remains same even after using it for a long time. The frequently on/off switch also did not reduces their lifespan. Although, the CFL save energy cost up to 70 percent. And it is non-recyclable and contains mercury which has harmful effects on human. The cost of CFL is also very high and it can uses only for 6000 -10,000 hours.