A type of multimeter that uses a needle on a scale to measure electrical quantities like voltage, current, and resistance is known as an analog multimeter. Basically whenever a quantity is measured by an analog multimeter then it displays the result in analog form, using a pointer that shows a specific value of the scale. The reading on the scale reflects the quantity to be measured. 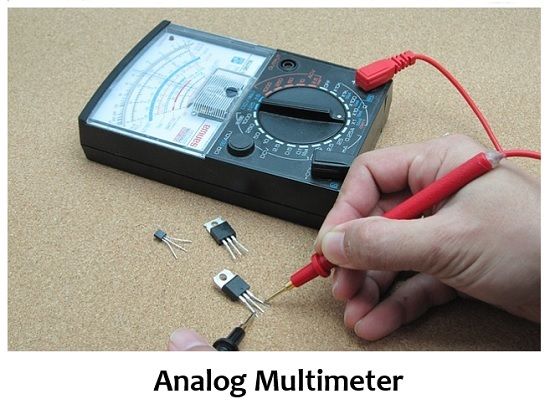 It is formed by a moving coil meter with a needle that shows the respective value on the scale.

Its basic principle of operation is such that the pointer shows deflection according to the force on it. Basically, it has a drum present between a pair of permanent magnets, and around the drum, a coil is wounded.

When a certain amount of current which is to be measured is passed through the coil, then this induces a magnetic field. Also, a magnetic field due to the permanent magnet exists that reacts with an induced magnetic field. Due to this, a resultant force results in deflection in the pointer attached to the drum.

The movement of this pointer is controlled by springs that apply, opposite force to its movement, in order to show balanced deflection. This spring is connected to the drum. In this way, the position of the needle on the scale represents the value of the current.

A digital multimeter is another type of multimeter that uses a digital display to represent the measured quantity in the form of digits. 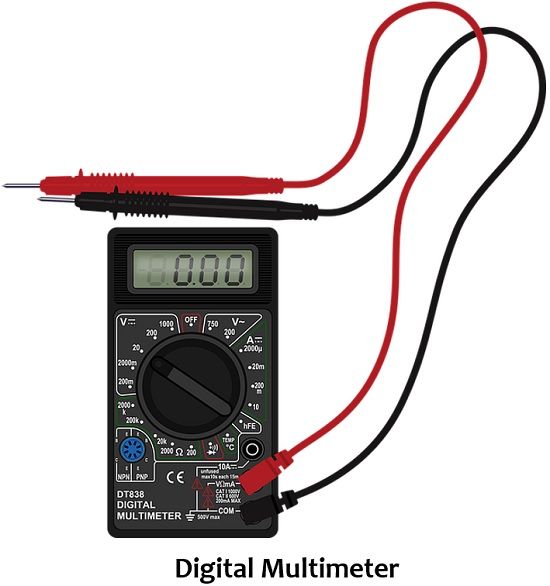 Suppose the resistance offered by any particular resistor is to be measured. Then for this, current from a constant current source is allowed to flow through that resistor. The voltage existing across that resistor is amplified and provided to the ADC. Furthermore, the output of the ADC is then displayed by the LCD which represents the value of the unknown resistance.

So, from this discussion, we can conclude that a multimeter alone performs the operation of ammeter, voltmeter, and ohmmeter as it can individually provide the values of all the quantities that are separately given by all these three instruments.

1 thought on “Difference Between Analog and Digital Multimeter”