Definition: The phenomenon of ionisation of surrounding air around the conductor due to which luminous glow with hissing noise is rise is known as the corona effect. 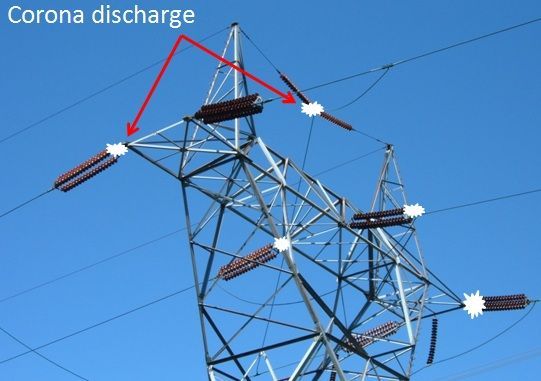 Corona effect mostly occurs at the sharp point of insulators.

The following are the factors affecting the corona;

The undesirable effects of the corona are:

Corona decreases the efficiency of transmission lines. Therefore, it is necessary to minimize corona.The following factors may be considered to control corona: