The temperature sensitive resistor absorbs the measurand power because of which the heat is generated in it. This heat changes the resistance of an element. The bridge circuit measures the change in resistance. The figure below shows the circuit of the bolometer. 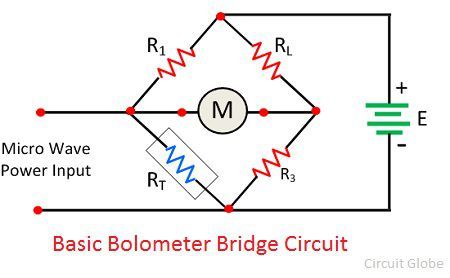 The bolometer uses the combination of a bridge circuit as oscillators and a differential amplifier which will oscillate when the bridge is unbalanced. The resistive element of the meter absorbs the power until the bridge becomes balanced.

The DC bias is adjusted for balancing the circuit. The circuit of the bolometer is placed in the field of the microwave signal. The element absorbs the radiation, which increasing their temperature and hence causes the change in their resistance. The variation in resistance makes the bridge unbalanced. 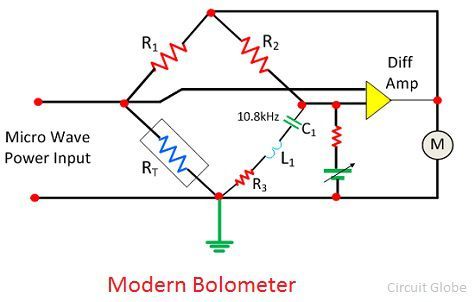 The element used by the bolometer bridge is of two types. They are