The basic difference in 4 Point Starter as compared to 3 Point Starter is that in this a holding coil is removed from the shunt field circuit. This coil after removing is connected across the line in series with a current limiting resistance R. The studs are the contact points of the resistance represented by 1, 2, 3, 4, 5 in the figure below. The schematic connection diagram of a 4 Point Starter is shown below: 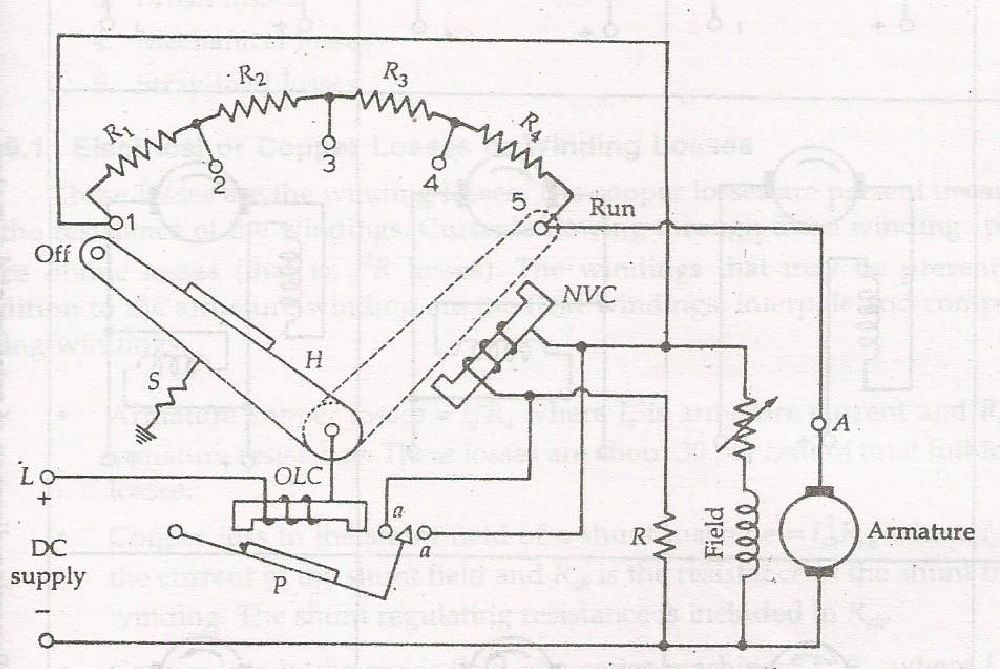 The above arrangement forms three parallel circuits. They are as follows:-

With the above three arrangements of the circuit, there will be no effect on the current through the holding coil if there is any variation in the speed of the motor or any change in field current of the motor. This is because the two circuits are independent of each other.

Nowadays automatic push-button starters are also used. In the automatic starters, the ON push button is pressed to connect the current limiting starting resistors in series with the armature circuit. As soon as the full line voltage is available to the armature circuit, this resistor is gradually disconnected by an automatic controlling arrangement.

The circuit is disconnected when the OFF button is pressed. Automatic starter circuits have been developed using electromagnetic contactors and time delay relays. The main advantage of the automatic starter is that it enables even the inexperienced operator to start and stop the motor without any difficulty.