The motors which can be used with a single-phase AC source, as well as a DC source of supply and voltages, are called Universal Motor. It is also known as Single Phase Series Motor. A universal motor is a commutation-type motor. If the polarity of the line terminals of a DC series motor is reversed, the motor will continue to run in the same direction. 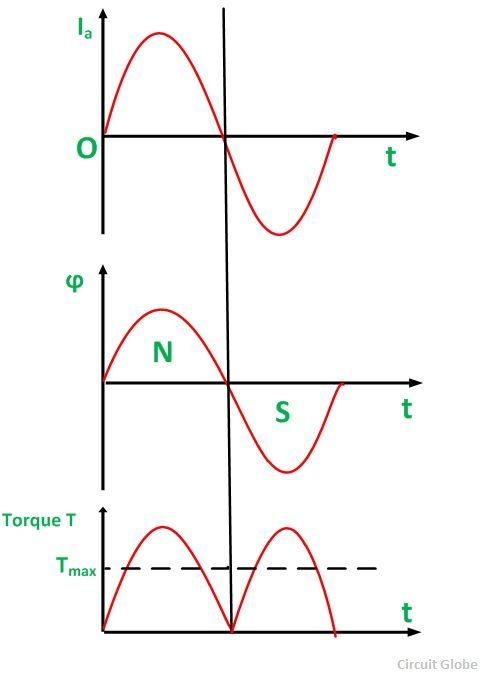 Thus, a universal motor can work on both AC and DC. However, a series motor that is mainly designed for DC operation if works on single-phase AC supply suffers from the following drawbacks:

In order to overcome the above following drawbacks, certain modifications are made in a DC series motor so that it can work even on the AC current. They are as follows:

A compensating winding is used for reducing the effect of the armature reaction and improving the commutation process. The winding is placed in the stator slots as shown in the figure below: 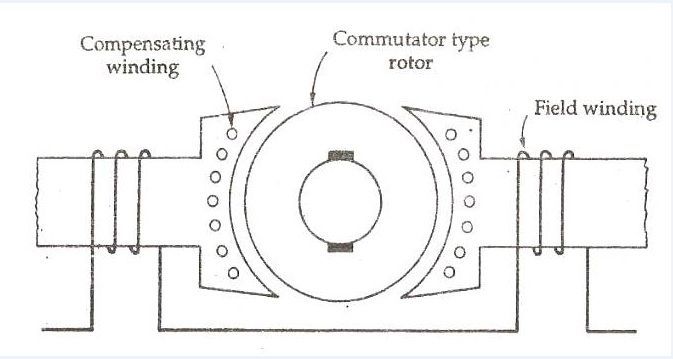 The series motor with the compensated winding is shown in the figure below: 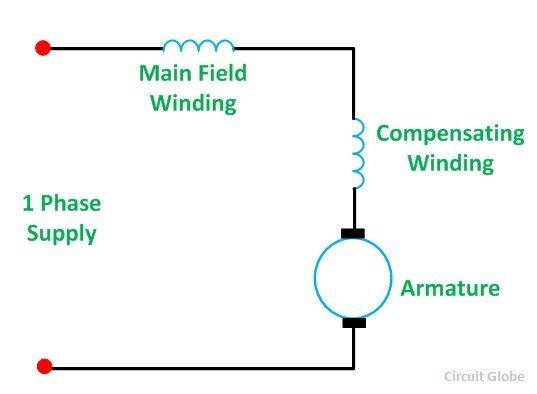 If the compensating winding is short-circuited, the motor is said to be inductively compensated. The connection diagram is shown below: 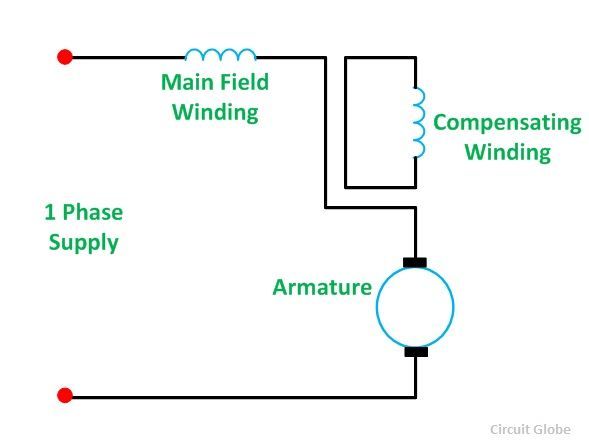 The construction of the universal motor is the same as that of the series motor. In order to minimize the problem of commutation, high resistance brushes with increased brush area are used. To reduce Eddy current losses the stator core and yoke are laminated. The universal motor is simple and less costly. It is used usually for ratings not greater than 750 W.

The characteristic of the Universal motor is similar to that of the DC series motor. When operating from an AC supply, the series motor develops less torque. By interchanging connections of the fields with respect to the armature, the direction of rotation can be altered.

Speed control of the universal motors is obtained by solid-state devices. This motor is most suitable for applications requiring high speeds. Since the speed of these motors is not limited by the supply frequency and is as high as 20000 rpm.

The Universal motor is used for purposes where speed control and high values of speed are necessary. The various applications of the Universal Motor are as follows:

This is all about Universal Motors.