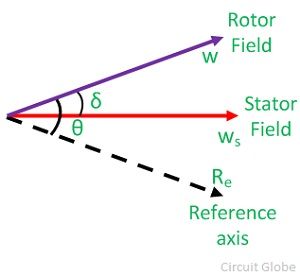 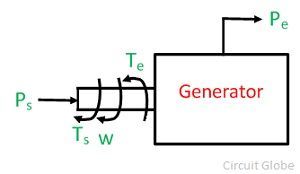 Angular momentum of the rotor is expressed by the equation

Multiplying both the sides of equation (5) by w we get

Equation (7) gives the relation between the accelerating power and angular acceleration. It is called the swing equation. Swing equation describes the rotor dynamics of the synchronous machines and it helps in stabilizing the system.