For safety purpose, the ground clearance of the conductors at maximum temperature and minimum loading condition should be maintained. Analysis of the sag and tension is important in the transmission line for the continuity and quality of electrical services. If the tension of the conductor is increased beyond the limit, it may get broken, and the power transmission of the system get erupt. 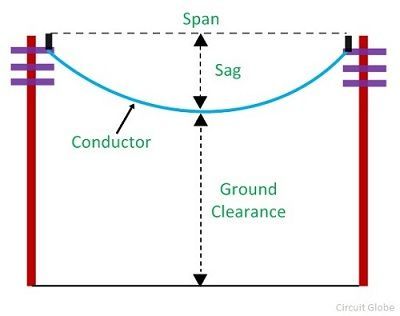 If the weight of a conductor is uniformly distributed along the line, then it is assumed that a freely suspended conductor shape is a parabola. The shape of sag increases with the increase in the length of the span. For a small span ( up to 300 meters) parabolic method and large span ( like river crossings) catenary method is used for the calculation of sag and tension.

1 thought on “Sag and Tension”