The ohmmeter gives the approximate value of resistance. It is very portable and hence used in the laboratory. It is of three types; they are the series ohmmeter, shunt ohmmeter and multi-range ohmmeter. The detail explanation of their types is given below.

The circuit diagram of the series ohmmeter is shown in the figure below. 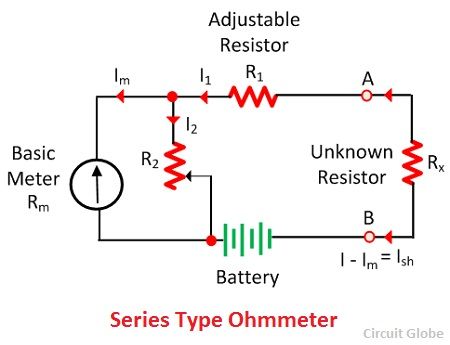 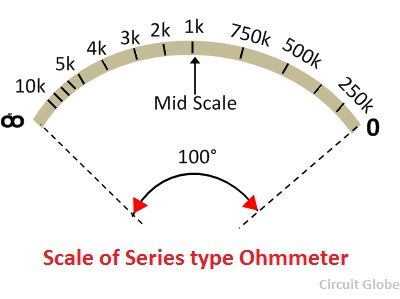 The meter in which the measuring resistance is connected in parallel with the battery is known as the shunt ohmmeter. It is mainly used for measuring the low-value resistance.

The circuit diagram of the shunt ohmmeter is shown in the figure below. 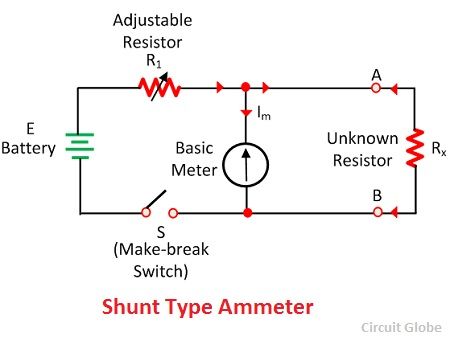 The battery (E), basic meter (Rm) and the adjustable resistance are the main components of the shunt ohmmeter. The unknown resistance is connected across terminal A and B.

When the value of unknown resistance is zero the meter current becomes zero. And if the resistance becomes infinite (i.e., the terminal A and B are open) then the current passes through the battery and the pointer shows the full-scale deflection toward left. The shunt type ohmmeter has the zero mark (no current) on the left of the scale and the infinity mark on their right side. 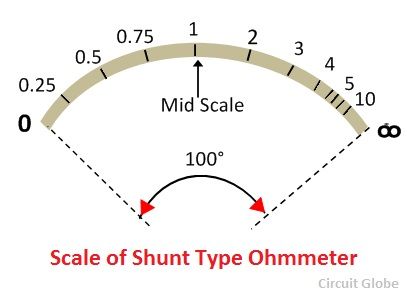 The range of this type of ohmmeter is very high. The meter has adjuster which selects the range according to need. 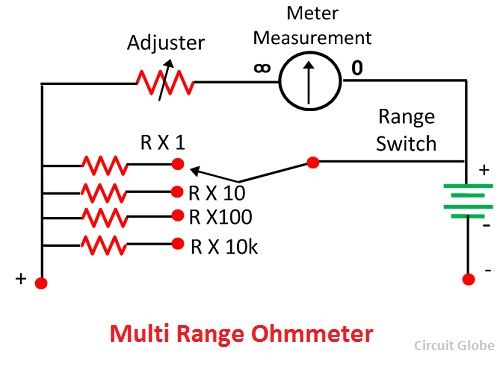 For example, consider we use the meter for measuring the resistance under 10 ohms. For this first, we have to set the range of 10 ohms. The resistance whose value is used to be measured is connected in parallel with the meter. The magnitude of the resistance is determined through the deflection of the pointer.