When a sinusoidal voltage is applied to the primary winding of a transformer, alternating flux ϕm sets up in the iron core of the transformer. This sinusoidal flux links with both primary and secondary winding. The function of flux is a sine function.

The rate of change of flux with respect to time is derived mathematically.

Φ is the flux per turn in Weber 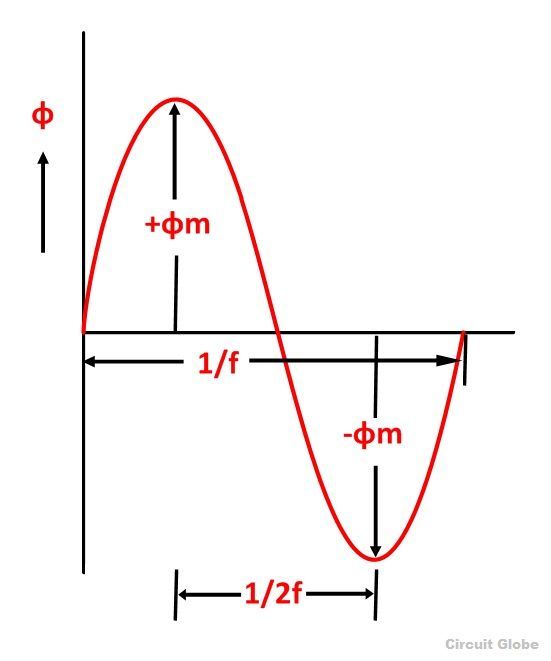 As shown in the above figure that the flux changes from + ϕm to – ϕm in half a cycle of 1/2f seconds.

Let E1 be the emf induced in the primary winding

Since ϕ is due to AC supply ϕ = ϕm Sinwt

So the induced emf lags flux by 90 degrees.

Putting the value of E1max in equation (6) we get 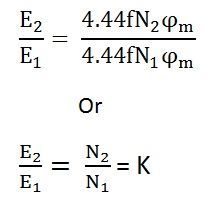 The above equation is called the turn ratio where K is known as the transformation ratio.

(ϕm = Bm x Ai) where Ai is the iron area and Bm is the maximum value of flux density.

For a sinusoidal wave

33 thoughts on “EMF Equation of a Transformer”