Definition: The transformer is the static device which works on the principle of electromagnetic induction. It is used for transferring the electrical power from one circuit to another without any variation in their frequency. In electromagnetic induction, the transfer of energy from one circuit to another takes places by the help of the mutual induction. i.e the flux induced in the primary winding is linked with the secondary winding.

Construction of an Electrical Transformer 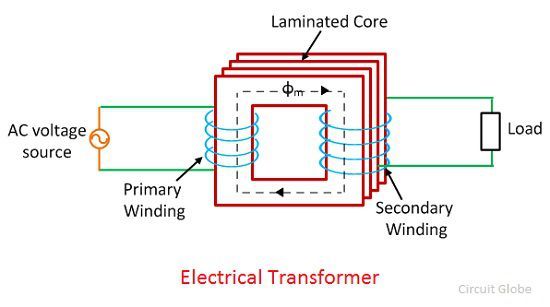 EMF Equation of an Electrical Transformer

The emf induced in each winding of the transformer can be calculated from its emf equation.

The linking of the flux is represented by the faraday law of electrmagentic induction. It is expressed as,

The above equation may be written as, 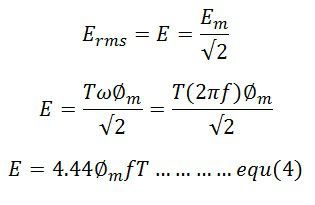 The emf induced in their primary and secondary winding is expressed as,

The secondary RMS voltage is

Where φm is the maximum value of flux in Weber (Wb), f is the frequency in hertz (Hz) and E1 and E2 in volts.

If, Bm = maximum flux density in the magnetic circuit in Tesla (T)

The winding which has the higher number of voltage has high voltage while the primary winding has low voltage.

The equation (1) and (2) shows that the voltage per turn in both the winding is same, i.e. 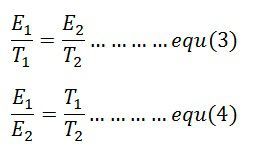 The any desired voltage ratio can be obtained by shifting the number of turns.