Definition: Electrical grid or power grid is defined as the network which interconnects the generation, transmission and distribution unit. It supplies the electrical power from generating unit to the distribution unit. A large amount of power is transmitted from the generating station to load centre at 220kV or higher. The network form by these high voltage lines is called the super grid. The super grid feeds the sub-transmission network operating at 132kV or less.

The power station of the grid is located near the fuel source which reduces the transportation cost of the system. But it is located far away from the populated areas. The power which is generated at high voltage is stepped down by the help of step down transformer in the substation and then supply to the consumers.The electrical grid is mainly classified into two types. They are

Reason for an Interconnection

The interconnection of the grid provides the best use of power resource and ensures great security to supply. It makes the system economical and reliable. The generating stations are interconnected for reducing the reserve generation capacity in each area. 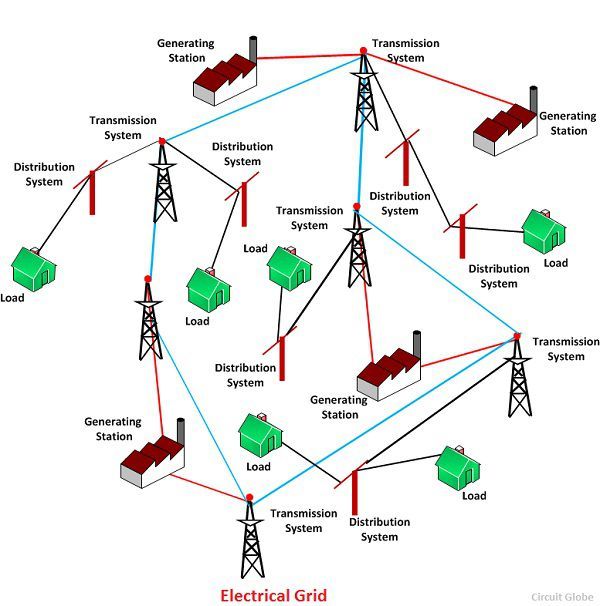 Types of an Interconnections

The interconnection between network is mainly classified into two types, i.e., the HVAC link and HVDC link.

In HVAC link the two AC systems are interconnected by an AC link. For interconnecting the AC system, it is necessary that there should be sufficiently close frequency control on each of the two systems.

The interconnection of an AC system has suffered from the following problems.

Nowadays, the customary grids are replaced by the smart grids. The smart grid uses the smart meter and appliances which improves the efficiency of the system.