The classification of the electrochemical device is shown in the figure below. 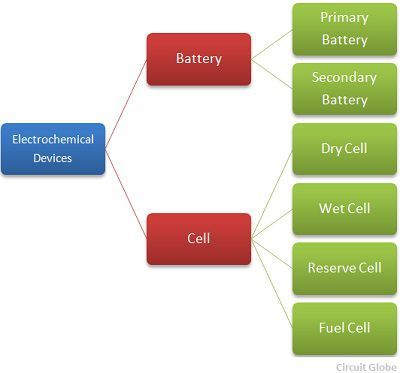 The cell is a single power generating unit which stores the chemical energy and then converts it into electrical energy. It has two electrodes namely cathode and the anode.The cell has an electrolyte, a chemical substance that reacts with the electrodes and produces electric current.

The redox reaction occurs between the electrolyte and the electrodes and due to this reaction the electric current starts flowing through an external circuit. The cell is mainly classified into four types.They are the wet cell, dry cell, reserve cell and fuel cell.The wet cell uses a liquid electrolyte, and in the dry cell, the electrolyte is in the form of the powder. 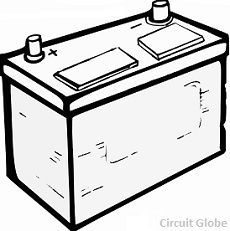 Key Difference Between Cell and Battery

The galvanic cell, Daniel cell, Leclanche cell are some of the examples of the cell while lead-acid battery, lithium-ion battery, magnesium ion battery, etc. are the types of the battery.

7 thoughts on “Difference Between Cell and Battery”