Definition of an Alternator

The synchronous generator or Alternator is a machine for converting the mechanical power from a prime mover to an AC electrical power at a specific voltage and frequency. Three-phase alternators are used because it has several advantages of distribution, generation, and transmission. For bulk power generation large alternator is used in the thermal, hydro and nuclear power station. 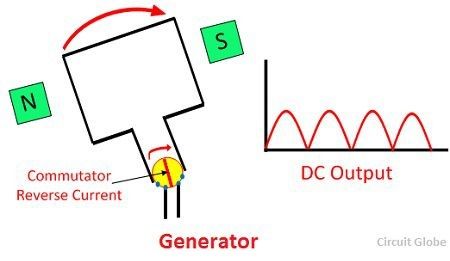 The magnetic pole of the rotor is excited by the direct field current. When the rotor rotates, the magnetic flux cut the stator conductor, and hence EMF induces in them. As the magnetic pole alternating rotating N and S, they induce an EMF and current in armature conductor which first rotate in a clockwise direction and then in an anti-clockwise direction. Thus, generates the alternating current. 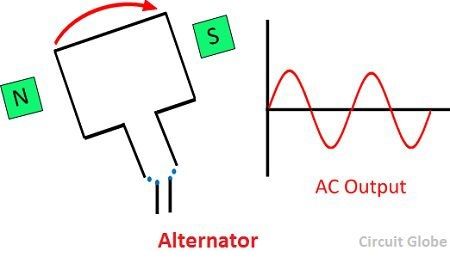 The alternator is smaller in size and requires less space whereas the generator requires large space.

6 thoughts on “Difference Between Alternator & Generator”