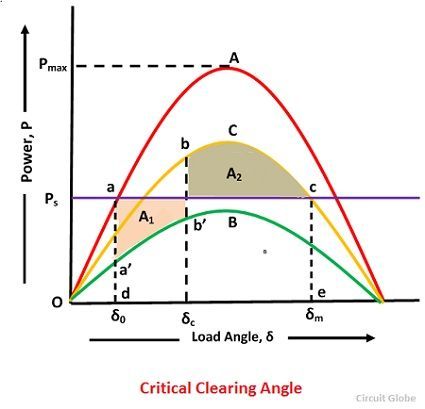 For transient stability limit, two areas  A1 = A2 or in other words the area under curve adec (rectangle) is equal to the area under the curve da’b’bce.

Also from the curves

Thus if γ1, γ2, and δ0 are known, the critical clearing angle δc can be determined.