Consider a wire carrying an electric current I and also consider an infinitely small length of a wire dl at a distance x from point A. 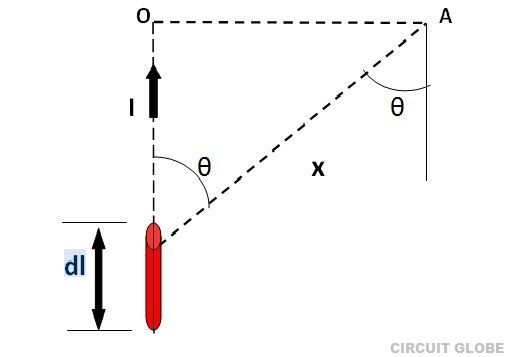 where k is constant and depends on the magnetic properties of the medium.