Definition: The combination of a pure resistance R in ohms and pure capacitance C in Farads is called RC circuit. The capacitor stores energy and the resistor connected in series with the capacitor controls the charging and discharging of the capacitor. The RC circuit is used in camera flashes, pacemaker, timing circuit etc.

A circuit containing resistance and capacitance connected in series together is called RC series circuit. 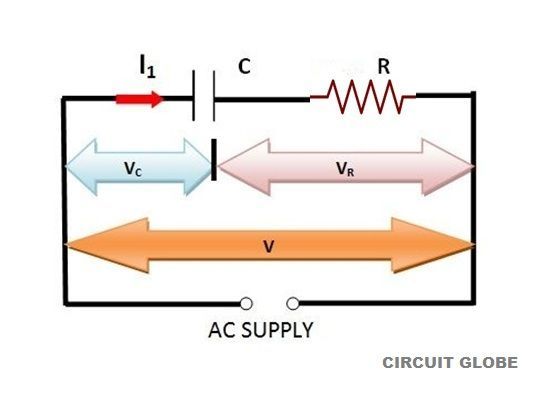 Steps to draw a phasor diagram for an RC circuit

VR = IR is drawn in phase with the current I

by 90° in pure capacitive load circuit). 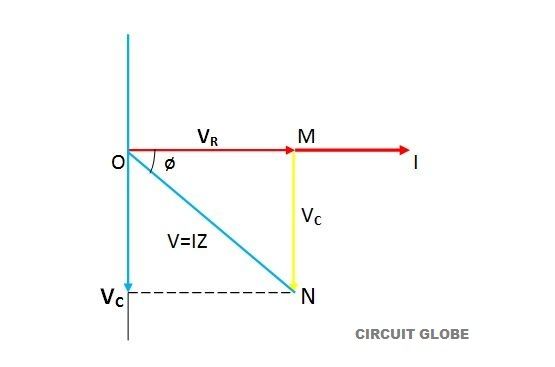 Z is known as the impedance of the circuit and is defined as the total opposition offered to the flow of current in an RC series circuit. It is measured in ohms.