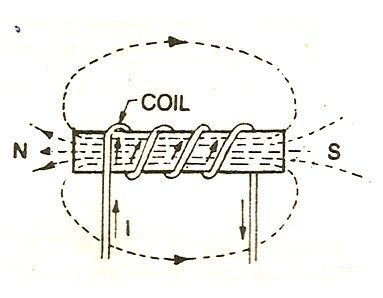 Electromagnets are used in electric devices like generators, motors, relays, etc. and also in the MRI machine, hard disks and other scientific instruments.

When an electric current is passed through a conductor, the magnetic lines of force are set up around it.

Let us understand the magnetic effect of electric current with the help of an example given below:

Take a hardboard and sprinkle some iron filling on it and tap it slightly. Now, when electric current is passed through it, we analyzed that

This is all about electromagnets.