The inductors are classified into two types.

1. Air Cored Inductor (wound on non-ferrite material) – The inductor in which either the core is completely absent or ceramic material is used for making the core such type of inductor is known as the air-cored inductor.

In air core-inductor, the only work of the core is to give the coil a particular shape. The air cored structure has many advantages like they reduce the core losses and increases the quality factor. The air cored inductor is used for high-frequency applications work where low inductance is required.

2. Iron Core Inductor (wound on ferrite core) – It is a fixed value inductor in which the iron core is kept between the coil. The iron-cored inductor is used in the filter circuit for smoothing out the ripple voltage, it is also used as a choke in fluorescent tube light, in industrial power supplies and inverter system etc. 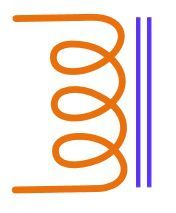 The inductor is an electrical device used for storing the electrical energy in the form of the magnetic field. It is constructed by wounding the wire on the core. The cores are made of ceramic material, iron or by the air. The core may be toroidal or E- shaped. 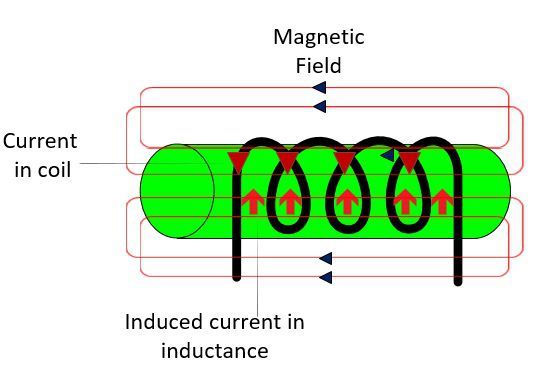 The magnetic field induces the EMF in the coil which causes the current. And according to Lenz’s law, the causes always oppose the effect. Here, the current is the causes, and it is induced because of the voltage. Thus, the EMF oppose the change of current that changes the magnetic field. The current which reduces because of the inductance is known as the inductive reactance. The inductive reactance increases with the increase of the number of turn of coils.