The sum of the shunt field copper loss and stray losses may be considered as a combined fixed (constant) loss that does not vary with the load current I.

Generator efficiency is given by the equation shown below. 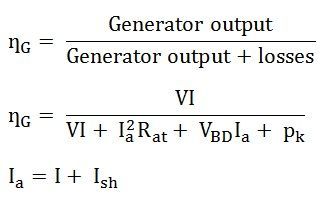 If Ish is small compared with Ir, then Ia = I 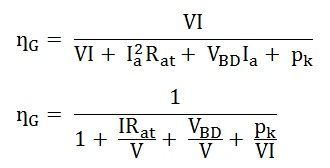 The efficiency ȠG will be a maximum when the denominator Dr is a minimum.

Dr is minimum when 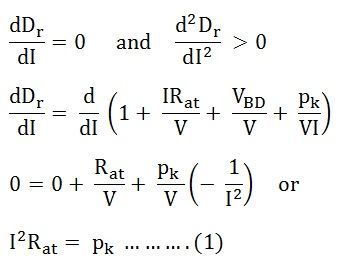 Equation (1) shows that the efficiency of a DC generator is maximum when those losses proportional to the square of the load current are equal to the constant losses of the DC generator. This relation applies equally well to all rotating machines, regardless of the type of machine.

This relationship is sometimes incorrectly stated as maximum efficiency occurs when the variable losses are equal to the constant losses. 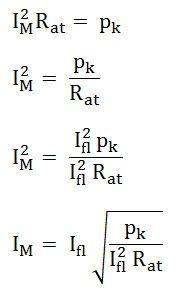