USB-A and USB-C are the two most used categories in which USB cables are classified. The significant difference between USB-A and USB-C is based on the nature possessed by the two cables relative to their plug-in orientation. Basically, USB-A does not offer reversibility in terms of plug-in orientation within the port while USB-C exhibits reversible behavior and can be plugged in either way concerning the port orientation.

USB-A is also known as USB Type-A while USB-C is sometimes referred to as USB Type C.

Before proceeding further, one should have the idea about –

What is a USB?

USB stands for Universal Serial Bus cable that is known to be quite a successful personal computer interface ever. Through a USB, one can enable short distance communication between a computer and peripheral devices like mobile phones, printers, scanners, etc. The various electronic devices contain USB ports that allow devices to get connected with each other so that transfer of data can take place digitally over the USB cables.

In today’s world where technology is rapidly advancing the use of USB cables has shown a significant rise as it facilitates easy communication. USB cable came into existence in the year 1996 and since then we are using it as a standard to connect devices thereby supporting communication.

Nowadays all the devices have built-in USB ports where the USB cable is inserted and the two devices that are connected through the USB cable performs communication with each other. There are various versions of USB that are available in the market and the different versions are listed generally on the basis of speed that is offered by them.

It is the most commonly used type of connector in general and appears rectangular in shape and is known to be the most traditional type of USB. It is sometimes called ‘Standard A’. This type of cabling port is generally found in computer-like devices such as smart televisions, gaming consoles, DVD players, etc. 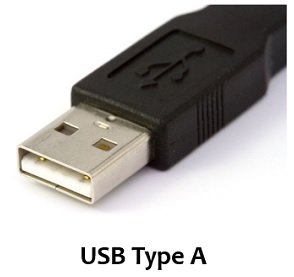 Though it is the traditional way of connecting two devices it is generally inserted in the host device due to this reason its ports are present in the devices mentioned above.

It is the latest type of USB cable that is in current use and appears square in shape. The reason for its enormous popularity is the plug-in reversibility which it offers. It is a high-power cable that is suitable for high-speed data transfer operations. 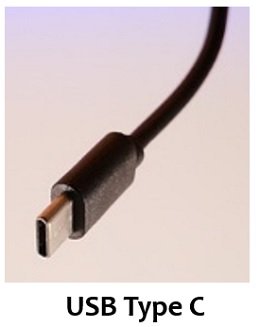 Type C exhibits a quick charging ability to various portable popular devices than another type of USB. The symmetrical appearance of this cable makes its incorrect insertion impossible. It is generally found in portable devices like smartphones, tablets, etc.

Key Differences Between USB-A and USB-C

From the above discussion, we can say that USB-C is more advantageous and versatile than USB-A as type C is invented after many technological advancements. However, besides all the advantages that USB-C cable offers it fails to offer interoperability. This means that it is not used in such connectors that are designed to connect to a specific company’s device only.