What is an image?

Basically, an image is a visual representation of an object which is placed somewhere in front of a mirror or lens. The formation of the image is a result of the meeting of light rays after being reflected or refracted according to their respective laws.

It is to be noted here that rays not always meet, sometimes they just appear to meet. This also produces images. So, on the basis, that either the rays actually meet or just appear to meet, images are classified as real and virtual. As the two types of images are produced in a different manner thus holds various differentiating factors which we will discuss in this content.

The figure below represents the formation of a real image: 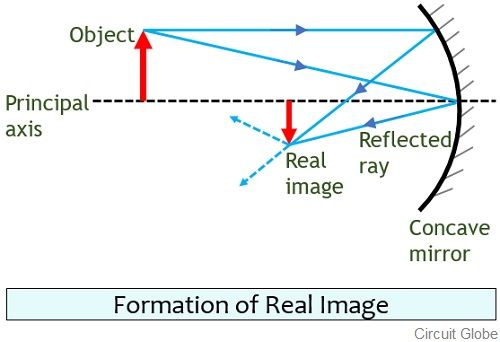 As we can see here that light rays actually get focussed at a certain position. And at that particular position, a visible image of that object is formed. It is to be noted here that after converging at a point, the rays get diverged from that particular point.

Virtual images are the images that only appear to be formed at a position behind a mirror. However, in actuality, the image is not present there. Unlike the real images, a virtual image is formed when reflected or refracted light rays get diverged. In this case, when light from an object is allowed to strike the mirror and when light rays get reflected from the mirror then it looks like that the rays are diverging somewhere behind the mirror.

The figure below represents the above-discussed phenomenon: 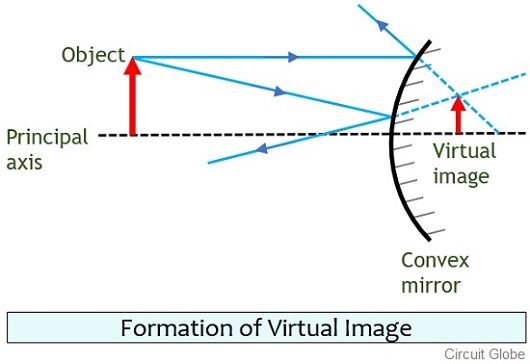 Basically, no light reaches the behind the mirror, thus it is always said that rays appear to meet somewhere, as it is simply the perception of the viewer. This is the reason why virtual images are not displayed on the screen. The images produced in the case of plane mirrors are specifically of virtual type.

Another noteworthy point over here is that virtual images are not imaginary. Thus possess definite shape and size and hence can be seen by the eye or any optical instrument.

So, from this discussion, we can conclude that real and virtual images are categorized on the basis of their formation, as one is formed on the screen while the other on the mirror itself.