PAM, PWM and PPM all three are analog pulse modulation techniques. The major difference between PAM, PWM and PPM lies in the parameter of a pulsed carrier that varies according to the modulating signal.

These are known as analog pulse modulation techniques because a pulsed carrier is varied according to analog message signal. Here, in this article, we will discuss other important factors that differentiate the three. 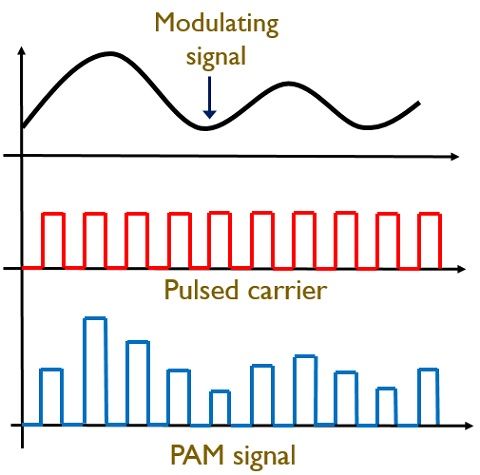 As we can see in the figure shown above that the amplitude of the pulses is varying with respect to the amplitude of analog modulating signal, like in case of amplitude modulation. But the major difference is that unlike AM, here the carrier wave is a pulse train rather than continuous wave signal. 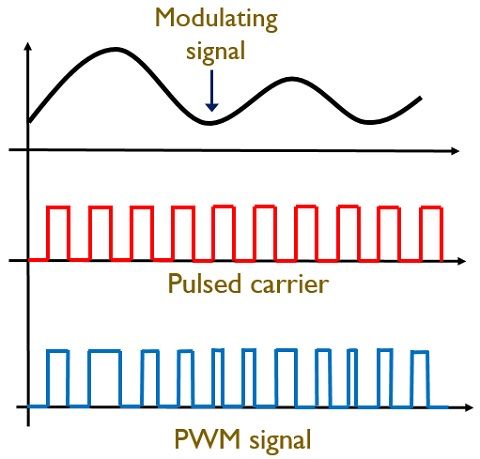 As we can see that unlike PAM, in this technique the amplitude of the signal is constant and only the width is varying. PWM technique is similar to frequency modulation because, by the variation in the width of the pulses, the frequency of the pulses in the PWM signal shows variation.

PPM is used for pulse position modulation. It is a technique in which the position of the pulses is changed in accordance with the amplitude of the modulating signal. The figure below shows the PPM signal: 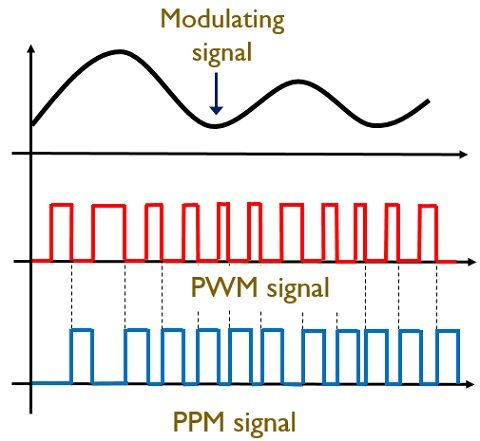 Here the pulse amplitude and the pulse width are the two constant that does not show variation with the amplitude of the modulating signal but only the position shows variation. It is to be noted here that the position of the pulse changes according to the reference pulses. And these reference pulses are nothing but PWM pulses. Basically, the falling edge of PWM pulses acts as the starting of the PPM pulses.

Also, PAM systems are complex in implementation as compared to PWM and PPM systems.