The terms LAN and WAN both are used for the interconnection of devices. These two are differentiated on the basis of the region/ area of their operation. The crucial difference between LAN and WAN is that a LAN is a network that is specifically constrained within a small area like a building or a campus. As against, a WAN type of network can interconnect devices across a very large area like a country or continent.

What is a Network?

A computer network is generally defined as the connection of two or more physical devices in a geographical area. A network permits a group of computers to get interlinked in order to communicate. There are various types of computer networks which are LAN, MAN, and WAN.

In a network, the way in which the devices are linked together is referred as topology. Here in this article, we will see the differentiating factors between LAN and WAN.

A LAN is a network in which there is an interconnection of devices that are generally present in the small area, i.e., in a building or within a campus. Thus, this type of network connection is generally used by schools and offices situated in a building. Generally, LAN connects PCs and workstations. It is referred as a private network as it is restricted to a limited area. 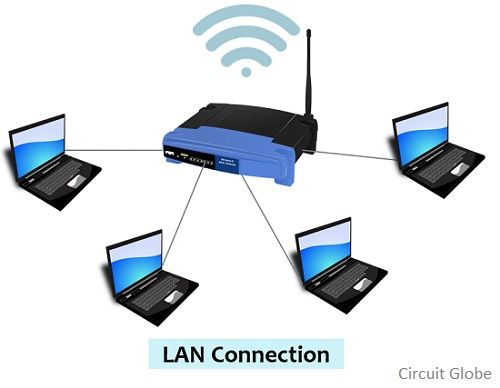 It acts as a broadcasting network that transmits the data to all the devices connected within it. Though the distance up to which the data is transmitted along with the number of interconnected devices is limited, the data transmission rate is quite fast. It offers both wired and wireless connections. And in general wired LAN uses Ethernet whereas wireless LAN makes use of the Wi-Fi signal.

Sometimes to create a large network, multiple LANs are connected, and such a network is known as a virtual local area network, i.e., VLAN.

A Wide Area Network is an interconnection of devices that are located at a very large geographical region like across a country or continent. The devices connected in a WAN generally connected through satellite links or fibre cables. Its architecture makes it a network of multiple networks. The use of WAN for a small local region is not permissible as for small regions one can connect devices under LAN. 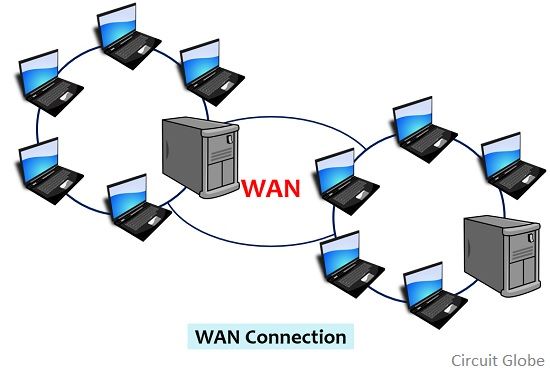 Usually, the devices that are present in different nations are connected through WAN to facilitate long-distance data sharing. It is to be noted here that a WAN may or may not be owned privately, but generally, it is collectively owned due to the presence of a very large number of devices.

Internet is regarded as the world’s largest WAN. And the best example of a wide area network is the banking services, where data from different branches of a bank across the world is maintained and shared.

Key Differences between LAN and WAN

The above discussion concludes that LAN is restricted to a small area but offers signal transmission at a fast rate. While, WAN is used to share information within a large geographical region, but at the same time, on a general basis, the propagation speed is comparatively low.