Bluetooth and Wi-fi are the two major services that operate on radio signals and based on wireless communication technology. The significant difference between Bluetooth and Wi-Fi is that bluetooth is not an internet-specific device this means that its operation does not require internet connectivity. As against, wi-fi is a device that operates on internet connectivity, more simply, wi-fi enables online connectivity to the devices that do not have it.

Folks generally get confused between these two terminologies as they consider both the terms similar. However, these two are entirely different and mainly differentiated on factors like their purpose of use, designing, services offered, etc.

We will discuss the same in detail but first, see-

Radio waves are part of the electromagnetic spectrum that ranges between 3 kHz to 300 GHz. The radio wave signals propagate through the air and mainly regarded as communication signals. The reason behind this is that they hold the ability to get reflected by clouds or ionospheric layers when travel through the air.

Thus, is majorly used in wireless communication systems for transmitting information or sound signals. Both bluetooth and wi-fi use radio waves for maintaining connectivity between two devices.

Bluetooth is a wireless technology-based radio signal communication technique that suits personal area network connections. It is basically used to connect electronic devices like computers, phones to peripherals like keyboards or headphones, etc. up to a short-range. 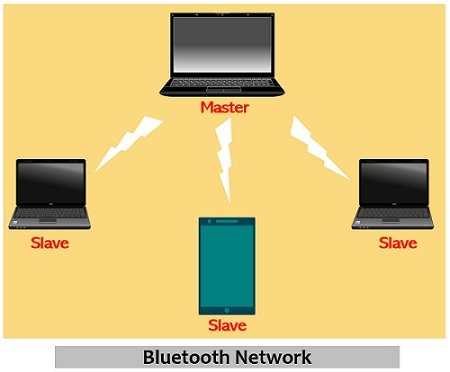 It was proposed by King Harald Bluetooth Gormsson in 1994 mainly used for purposes like file transfer and device control. It is an ad hoc type of network that offers operability within a small room.

The factors due to which it has gained global acceptance are:

It is regarded as a dynamic standard where bluetooth activated device automatically finds each other and connection between them is made. Then further on an ad hoc basis, the necessary operation is performed. It is a standard initially proposed by Ericsson and hence has a two-level operation.

Bluetooth uses frequency hopping so that a proper connection between transmitter and receiver can be made and no external disturbance can cause hindrance.

Wi-fi is also a wireless technology similar to bluetooth but it offers a different service as that of bluetooth. It is the IEEE802.11 standard regarded as a wireless substitute for wired internet connectivity. 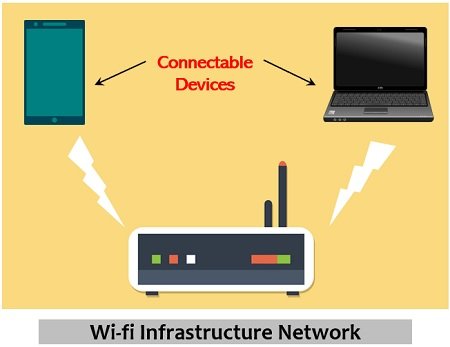 Basically, a wi-fi connection is used for networking various devices that are interfaced via the internet. The wireless access point i.e., the wifi unit is communicating through the devices within the network via radio waves.

Its major components are a wireless adaptor and router. The wireless access point (i.e., wireless LAN transceiver) uses the bandwidth of the router, stretches it so that multiple devices can be added that are in close proximity. Generally, people consider wi-fi as a full form of wireless fidelity but let me tell you that’s incorrect.

The term wifi was provided by a firm whose sole purpose behind such a name was that it must be user-friendly. So, here the data from the router is transmitted to wi-fi enabled devices like smartphones. This aerial communication makes the information quite vulnerable from hackers’ point of view when connected to a public wi-fi network.

Key Differences between Bluetooth and Wi-Fi

Thus, it can be concluded that wifi is used for establishing a connection between devices that requires internet access for the exchange of information. While through bluetooth connection is formed between peripheral devices and the main unit. Hence, these two services complement each other as any electronic device that uses both these services is known to be efficient.